Jennifer Love Hewitt Picks Out a Wedding Ring (or Three)

"I feel like I'm doing the guy a favor," she says of narrowing her fiancé's options

The pressure is off Jennifer Love Hewitt’s future husband. She has already picked out her wedding ring – actually, three.

“I feel like I’m doing the guy a favor,” the actress, 31, tells Ellen DeGeneres in an interview airing Tuesday on her talk show. “I don’t want to be upset if he picks a bad ring, so I feel like having three picked out and saying, ‘Look! Look at this plethora of things you can choose from!’ ”

The Ghost Whisperer star, who found the rings at Tiffany’s, plans to explain to her beau: “If you chose one of these three, I’m going to be really excited. And if you go off on your own, we can have an awful, awkward moment. So, why would you want to do that?”

DeGeneres points out that maybe she’s limiting herself. “Wouldn’t that be a lovely surprise if he picks out or designs something really special, that’s gigantic?” she jokes.

To which Hewitt replies: “Yeah, I never thought of it that way. Maybe that should be my growth for the New Year. To let the rings go.”

She might not be ready to get married yet, but Hewitt seems happy in her relationship of seven months with Chicago actor and director Alex Beh, whom she brought to the Golden Globes this month.

But Hewitt was at a loss this weekend, when Beh’s beloved Chicago Bears were beaten to the Super Bowl by the Green Bay Packers. “He just stood in front of the TV, just staring at the TV in sadness,” she says. “And I didn’t know what to do for him.” 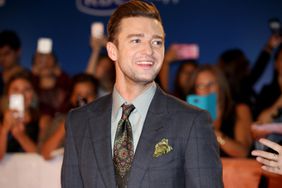 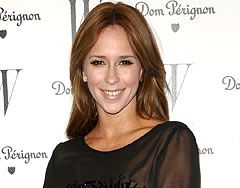 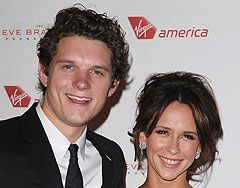