On Friday’s live episode of The Oprah Winfrey Show, the singer said that she’s happy to return to performing, and that singing at huge events such as the Super Bowl is “like therapy” for her.

The highlight of Hudson’s Grammy night on Feb. 8? Being handed her statuette by Whitney Houston, she says. “[That] almost surpassed” winning the award for best R&B album itself, she said. “I used to create duets with Whitney and myself.”

She said her awards are in the piano room of her house, which she shares with her three dogs, named Oscar, Grammy and Dreamgirl.

The former American Idol contestant also sang her latest single, “If This Isn’t Love,” for the audience, but avoided talking about the murders last fall of her mother, brother and 7-year-old nephew in Chicago.
– Anne Marie Cruz

RELATED GALLERY:
• Jennifer copes with the murders of her beloved family
RELATED ARTICLE:
• Jennifer spills about her fiancé 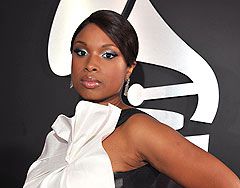 Jennifer Hudson to Kick Off Concert Tour in April 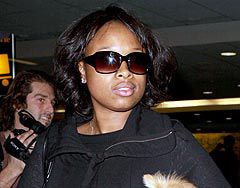 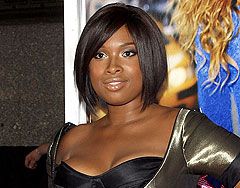 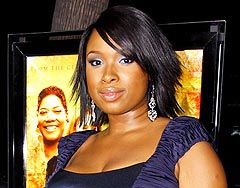