Peek into the private world of the pregnant Alias star as she hangs with Ben, goes undercover and more. By Janice Morris

"She's just a goof, you know," says Garner's 13 Going on 30 costar Mark Ruffalo, who first expected the toned action star to show up for work in "a leather bustier with chopsticks sticking out of her hair." But "Jennifer walked in and had a ponytail, no makeup and sweats."

Garner's easygoing style also won over another costar: Daredevil's Ben Affleck, who after 10 months of dating married the actress, 33, on June 29. The low-key couple (in November), often spotted grocery shopping, grabbing coffee or just hanging out in L.A., first raised eyebrows in September, when she was seen with Affleck near his private estate in Savannah, Ga. Now all eyes are looking to this winter, when their first child is due.

Affleck, 32, took his affection for Garner public during his favorite pastime: Red Sox baseball (left, at the World Series in Boston in October). And on Valentine's Day this year, she shared her feelings in her own sweet way, serenading the actor with two love songs.

"I'm constantly wearing clothes I wouldn't wear in my normal life," Garner says of playing dress-up as undercover CIA agent Sydney Bristow on ABC's Alias. And "I'm constantly just embarrassed to be in front of the crew." But the 2005 Golden Globe nominee learned to trust her stylists and admits to being too hard on herself, remembering that "you probably look better than you think you do."

"I'm learning to love it," Garner says of gracing the red carpet in haute couture (in 2004, from left, at the Oscars in vintage Valentino; at the Creative Arts Emmys; and at the Primetime Emmys in Oscar de la Renta). "I'm surrounded by beautiful clothes."

"She has always been an actress," says mom Pat Garner (with Jennifer and her dad, Bill, at the 2003 Emmys). Growing up, Garner studied ballet from age 3, took piano and violin lessons, and was active in community theater. "Musicals were just what I did," she says of being "beyond involved" as a kid. "You would have thought that I was trying to be a professional in Charleston, W. Va., but I just loved it so much."

"She's got a great body and a beautiful face, but she still seems like someone you could connect to," says wrestler-turned-actor The Rock of Garner (on the Alias set), one of PEOPLE's 50 Most Beautiful in 2004.

"All of us have our inner 13-year-old," says Garner, who picked up a Teen Choice surfboard award in May for favorite TV actress in a drama. But at that age, the Denison University graduate thought she ultimately would be a "doctor, author or lawyer. Never an actress."

"I never wore a lot of makeup," says Garner (shopping in L.A. in September). "I just don't have the patience for it." But she is a "lotions and potions" kind of girl, using creams and balms in her daily beauty ritual that are a "good mix of fancy and normal."

To look "long and lean" in last winter's Elektra, Garner added Pilates to her exercise routine, which includes weight-lifting, yoga, cardio and working with a trainer, who, she says jokingly, is "always bringing in some new, hateful device."

Before there was Ben Affleck, there was her Alias costar Michael Vartan (left), whom Garner discreetly dated after her 2003 divorce from her husband of more than two years, actor Scott Foley (Felicity). After her July breakup from Vartan, Garner told an Australian radio station: "I am single. I am single and boring and home on Saturday night all by myself."

Included in Garner's workout regimen are walks with her Labrador, named Martha Stewart. But unlike the actress, lucky dog Martha "has a bed in the gym."

"I don't know how many actors get to have the security that I have," Garner, a three-time Emmy nominee, says of being able to balance her work on Alias with movie roles. But, "if I could do anything it would be to be on Broadway or to do a big movie musical. I can't think of anything I would love more." 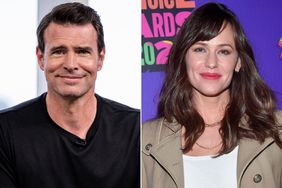 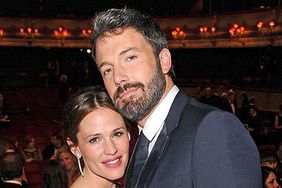 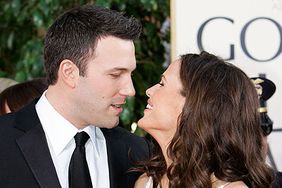