Jennifer Aniston: 'There's No Desperation' to Have a Baby

What happens when you bring together some of Hollywood’s leading ladies – including Jennifer Aniston, Michelle Pfeiffer and Evan Rachel Wood – for an interview?

Rumors are addressed, secrets are spilled and the discussion turns to plastic surgery, nude scenes and babies.

“There’s no desperation,” Aniston tells the November issue of ELLE of persistent baby rumors in the tabloids. “If it’s meant to be, it’s meant to be. I’m at peace with whatever the plan is. But will you hate me if I say I don’t want to talk about my relationship?”

While the actress remains mum about her romance with Justin Theroux, she did reveal a hot-tempered run-in she had on set.

“I threw a chair at a director,” Aniston admitted. “It wasn’t my proudest moment. He was treating a script supervisor horribly? When the director walked in, I threw a chair at him. I missed, of course. I was like, ‘You can?t speak to people like that.’ I can?t tolerate it.”

Also opening up in ELLE‘s Women in Hollywood spread is Pfeiffer, who shared her thoughts on cosmetic surgery.

“I’m all for a little something here and there – fine. It doesn’t matter to me if people have plastic surgery or they don’t, or if they do Botox,” Pfeiffer said. “But when people don?t look like themselves anymore, that’s when you kind of go, ‘Oooh,’ and it’s kind of sad. It’s uncomfortable for us, but if they’re happy with what they see in the mirror, does it matter?”

While it’s hard to believe any of these beautiful actresses wouldn’t like what they see in the mirror, Wood admitted even she gets self-conscious when it comes to sex scenes.

“I learned that I needed to control the situation in order not to be too self-conscious,” Wood said. “I said to myself, I’m an awesome naked lady, and there’s an energy that I’m going give off right now that lets you know how you’re going to feel about this.” 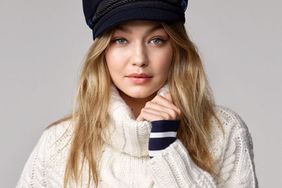