"He's always been the Sexiest Man Alive to me," says wife Jenna Dewan-Tatum

Channing Tatum sure picked an odd time to tell his wife, Jenna Dewan-Tatum, that he’d been named PEOPLE’s Sexiest Man Alive. It was while they were cleaning skunk spray off their dogs!

“Our dogs were being skunked every other night for about two months straight, so this was a very normal occurrence, to be kneeling in front of the bathtub washing our dogs,” the actress, 31, told PEOPLE Wednesday at the opening of Kimberly Snyder’s juice bar Glow Bio in West Hollywood.

Dewan-Tatum was stunned – and amused – at the timing of his revelation. “Is that not the strangest way to tell me this news?” she said, laughing.

Once she got over the shock, Dewan-Tatum felt another strong emotion about her husband of three years: pride.

“I think it’s an honor, because it’s a great league of people that have been given this honor before him,” she said, beaming.

“That’s special,” she said, “because it says he’s achieved so much in his career and in his life that makes this award a possibility. But he’s always been the Sexiest Man Alive to me.” 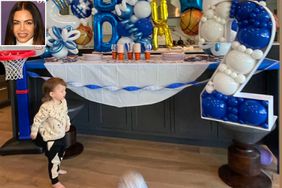 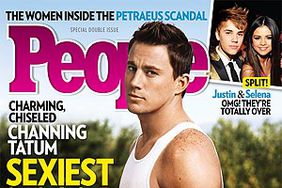