The couple, engaged since July, wed Saturday at the famed Chateau Marmont hotel

The Jurassic Park star, 62, and his new bride, 31, exchanged vows at the historic Chateau Marmont hotel.

The couple met in 2011 and announced their engagement in July, celebrating with a romantic trip to Hawaii where they watched the sun rise at 10,000 feet over the dormant volcano Haleakala.

Livingston, an aerialist and actress, gushed as she posted photos of her ring on Twitter: “So in love!!” hashtagging one image of the couple in sweet embrace “#initforlife.”

Goldblum seemed equally smitten, noting in a December 2013 interview with Broadway magazine that she was “spectacular.”

The wedding marks Goldblum’s third trip to the altar after previous marriages to actresses Patricia Gaul and Geena Davis. 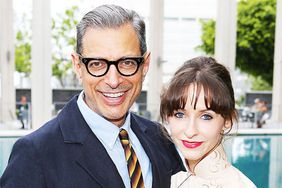 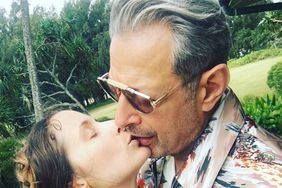