Redneckognize! Jeah! Trampire! See which new words made it in this year's pop culture dictionary

(verb) To recognize a person, place or thing through the eyes of a redneck

Usage: "You better redneckognize," Here Comes Honey Boo Boo star Alana Thompson is quick to proclaim on her show and in interviews, dispelling the notion that this pageant princess is all sugar and spice. Just watch her digging into Mama June's signature sketti and you'd redneckognize that fact.

Usage: News of Stewart's infidelity hit Twi-hards like it was their own personal heartbreak – apparently, Will Ferrell included. Borrowing a phrase already splashed across tabloids, the comedian playfully spilled his guts on an August episode of Conan. "They were in love, and she just threw it all away," he deadpanned. "She is a trampire. That's what she is."

(noun) The condition of Jessica Simpson's nether regions during her pregnancy

Usage: Before welcoming daughter Maxwell Drew on May 1, first-time mom Simpson told Jay Leno, "I just started calling myself 'Swamp A--. Like, I have swamp a—right now," adding, "I had major swamp a—because I was wearing these Spanx to hold in my gut … It's like the bayou up in that region."

Usage: Did the Olympic swimmer make a splash at the 2012 London Games? Jeah! "Like, if you have a good swim, you say, 'Jeah.' Like, it's good," Lochte, who picked up five medals this summer, explained of his longtime catchphrase. He even filed papers in August with the United States Patent and Trademark Office to claim the expression.

Usage: How does Wilson belt out tunes with perfect pitch? "A lot of people sing from their chest voice, and I sing from my breast voice," the Pitch Perfect actress explained on an October visit with Jay Leno, before launching into her rendition of Lady Gaga's "The Edge of Glory."

(adjective) Feeling or expressing embarrassment, as experienced by Beyoncé

Usage: When PEOPLE crowned Beyoncé World's Most Beautiful Woman of 2012, the new mom felt pretty … and a little awkward. "It makes me feel 'crunchy,' she said of the honor, "and that means embarrassed."

(noun) An acronym representing the philosophy "you only live once"

Usage: Since Drake made the generation-spanning sentiment his motto in his 2011 collaboration with Lil Wayne, it finally got its awards show shout-out. Testing her hip-hop skills at September's MTV Video Music Awards, Parks and Recreation actress Rashida Jones rapped, "Sometimes I eat my feelings and I blame it on my therapist. I resent my parents for enabling my confidence and never really giving me a chance to be a woman – YOLO." 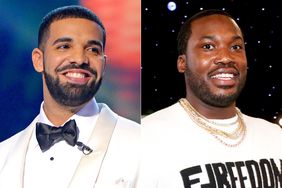