"My mind couldn't stop thinking about the future," he said of his breakdown in March

Jason Russell, whose viral video KONY 2012 Invisible Children went ’round the world in March, leading the filmmaker to have a naked mental breakdown in public, is now saying he is recovering and focusing on his health.

Russell, 33, the co-founder of Invisible Children, Inc., told Monday’s Today show that the pressure of his success – his video about the abuses of Ugandan warlord Joseph Kony drew 100 million views within the first six days it was posted online – sent him into an emotional crash.

“My mind couldn’t stop thinking about the future,” Russell told TODAY correspondent Jenna Bush Hager of how the stress of public demand contributed to his mental downfall. “I literally thought I was like the future of humanity. It started to go to the point where my mind turned against me.”

At the time, video of Russell pacing on the streets of San Diego’s Pacific Beach, without clothes and allegedly involved in a lewd act, was posted on TMZ.com.

The father of two was later hospitalized and diagnosed with brief reactive psychosis.

For his wife, Russell said on Today, the incident remains nearly too painful and traumatizing to talk about.

But he says now, thanks to some down time and reflection, he’s back on track, releasing a new video Sunday to promote MOVE, a film opening Nov. 17 and demanding that world leaders bring Kony to justice for his crimes, especially those against children. His group also plans to march to the White House on that date.

“I don’t think anything can compete with the perfect storm of KONY 2012, but we do hope that millions of people do see this next film and know that we are still committed,” he said, adding that this time he feels better prepared to handle the public interest in his human rights work.

“It’s just been really spending time with my family, a lot of slowing down, yoga, therapy,” he said. “It’s really been healing for the mind, body and soul.” 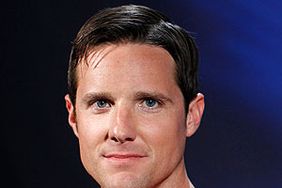