The singer and the Qatari businessman quietly tied the knot in a private ceremony last year, they confirm

Janet Jackson is off the market!

“The rumours regarding an extravagant wedding are simply not true,” they told ETOnline, which broke the official wedding news. “Last year we were married in a quiet, private, and beautiful ceremony.”

The couple adds, “Our wedding gifts to one another were contributions to our respective favourite children’s charities.”

“We would appreciate that our privacy is respected and that we are allowed this time for celebration and joy,” the two said in their statement, signing off, “With love, Wissam and Janet”

This is a third marriage for Jackson, 46, who was previously wed to James DeBarge and René Elizondo, Jr.

Her marriage to Elizondo was also initially kept a secret. 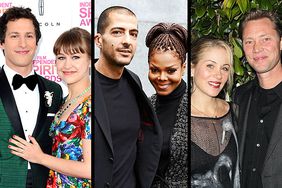 Janet Jackson & Christina Applegate Both Get Married During Oscars Madness