Jane Fonda and Lily Tomlin famously starred side by side in the 1980 classic Nine to Five – and if these exclusive stills from their new Netflix series Grace and Frankie are any indication, they've still got it.

The two are reteaming for a Netflix original series from Skydance Productions about two women whose husbands (played by Martin Sheen and Sam Waterston) leave them for (SPOILER ALERT) … each other.

After the men drop this bombshell, the show chronicles the friendship between Grace (Fonda) and Frankie (Tomlin). Up until then, they were rivals; now, their shared experience brings them together.

"These women's worlds are forever changed," Fonda tells PEOPLE. "Everything they thought they knew about their lives is over."

In real life, Fonda and Tomlin were never rivals. In fact, since filming Nine to Five 34 years ago, they've kept in touch, so filming was half work, half long-overdue reunion. "[It was] like spending time with my dear old friend," Fonda says.

This decades-spanning relationship isn't just the key to on-set fun for the pair but also to on-screen success.

"People say we have a lot of chemistry together," Tomlin says. "It's because we've been friends for so many years. It seems like we've known each other always."

Like in their first partnership in Nine to Five, Grace and Frankie "toes the line between comedy and drama," Fonda says, tackling real issues with a hilarious spin. (Example: The morning after the men break their news, Frankie spikes Grace's tea with peyote.)

Check out PEOPLE's exclusive first look at the duo's new Netflix series, and catch Grace and Frankie when it debuts on Netflix on May 8. 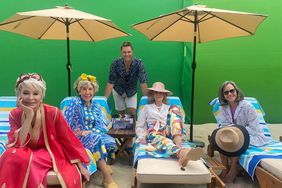 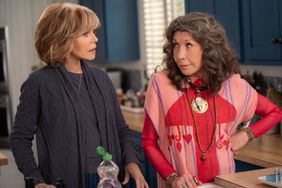 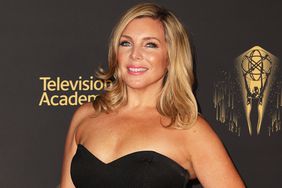 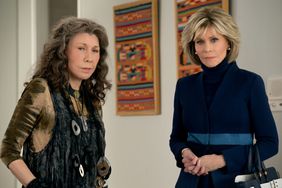 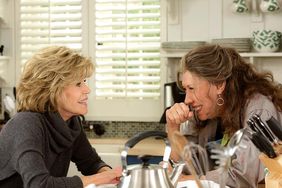 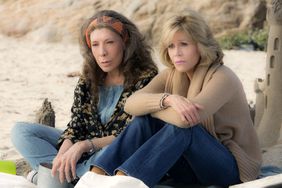