"He is truly the definition of what a hard-working man is," Evan Leedy, who created a GoFundMe page for James Robertson, tells PEOPLE

When James Robertson’s 1988 Honda Accord broke down a decade ago, the Detroit man didn’t just go out and buy a new one.

Instead, Robertson, who makes $10.55 an hour – not enough to buy, maintain and insure a car – decided he was going to walk to and from work, a journey that stretches a marathon-length 21 miles.

He also takes a bus partway to his job destination: Schain Mold & Engineering.

Last Sunday, the Detroit Free Press reported that the 56-year-old has been making this long trek for years, no matter the weather.

“I don’t think what I do is big deal,” Robertson tells PEOPLE. “I do what I have to do to get to work in the morning. It’s just a part of my life.”

What it takes, he says, is determination and faith.

“My parents taught me hard work ethic growing up in Detroit,” he says. “It’s all about keeping your schedule on track and focusing your mind on what matters.”

After the newspaper article on Robertson was published, Evan Leedy, 19, a student at Wayne State University, became inspired.

“I was blown away,” Leedy tells PEOPLE. “He has been doing this for so long and doesn’t complain. I thought of myself and how most people could never do what he does every single day.”

As Leedy was looking through the readers’ comments on the story, he saw people asking how they could donate money to help Robertson get a car.

“I then decided to create a GoFundMe page where people could donate,” says Leedy. “I set the goal for $5,000, but I really didn’t think many people would see it or donate.”

“We now have car dealerships and car companies saying they will donate a car,” Leedy says. “We can now use this money to truly change James’ life.”

Robertson currently doesn’t live in a great neighborhood, and even with a car, he lives far from work.

“We can get him a nice place to live,” Leedy says. “A place he deserves.”

On Monday night, Leedy and Robertson met for the first time.

“It was so amazing to finally meet James,” Leedy said. “I am really just so happy people trusted that the money was going to him so we can help turn his life around. He deserves it.”

The first word that comes to Robertson’s mind when he thinks of Leedy and the thousands that have donated: Shocked.

“I am just so stunned,” he says. “Who would have thought that just a simple walk would have turned into this? I would have told you that you were crazy a few days ago.”

Robertson is looking forward to putting his walking days behind him.

“I am taking this as a sign that it’s time I start driving again,” he said. “And getting more than two hours of sleep a night.”

Robertson leaves for work at 8 a.m. to get to work in time for his 2 p.m. shift as an injection molder.

When he finishes work at 10 p.m, he starts his trek home.

His colleagues notice that although he never complains about having to walk, they can see it’s taking a toll on his body.

“He comes in here looking real tired – his legs, his knees,” his coworker Janet Vallardo, 59, of Auburn Hills, told the Free Press.

Robertson doesn’t just make this walk for his paycheck. He also cares about the people he has worked with for so many years.

“We’re like a family,” Robertson, who also gets fed dinner every weeknight by the plant manager’s wife, tells the newspaper. “I look at her food, I always say, ‘Excellent. No, not excellent. Phenomenal.'”

Despite his long and strenuous commute, Robertson is never late for work.

“I set our attendance standard by this man,” Todd Wilson, plant manager at Schain Mold & Engineering, told the newspaper. “I say, ‘If this man can get here, walking all those miles through snow and rain .’ Well, I’ll tell you, I have people in Pontiac, 10 minutes away, and they say they can’t get here – Bull!” 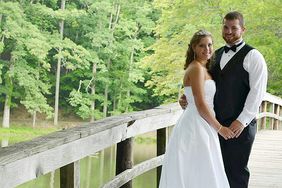 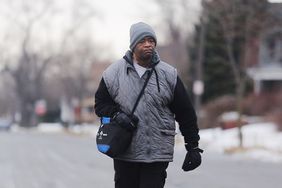 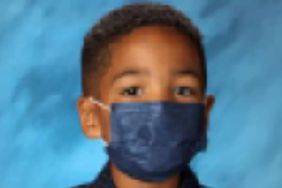 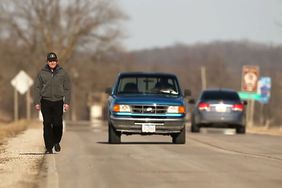 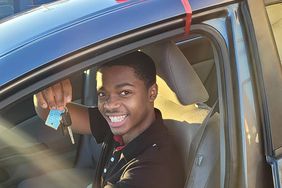 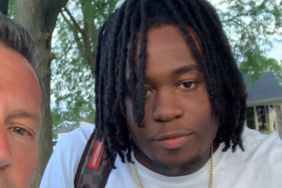 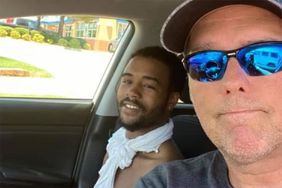 20-Year-Old Who Walked 17 Miles to and From Work Surprised With New Bike: 'A Really Good Blessing' 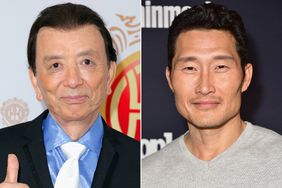 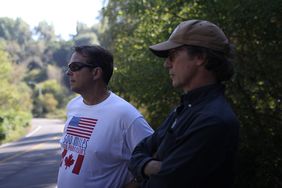 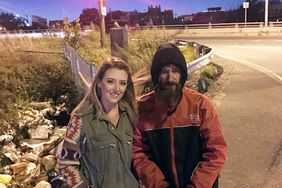 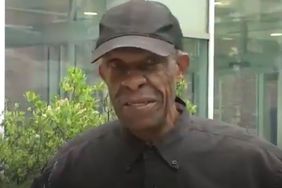