From 'Titanic' to 'Braveheart' : Relive 11 of James Horner's Most Memorable Film Scores

Horner, who died Monday in a plane crash, was one of Hollywood's most prolific composers

Composer James Horner died Monday evening in a plane crash in California. One of Hollywood’s most prolific composers, Horner was responsible for a number of musical themes as indelible as the films they appeared in. Here are some of his most famous works.

One of Horner’s first big Hollywood productions, his work on Khan built on Jerry Goldsmith’s expansive score for the first Star Trek film, itself based on Alexander Courage’s original theme from the show.

The same year Horner scored Khan (1982), he also contributed the very modern, jazz-and-synth-laden score to 48 Hours, a pair of scores that demonstrate his versatility as a composer. Horner would return to the action realm frequently, providing scores for Arnold Schwarzenegger‘s 1985 classic Commando, among others.

Horner composed the music for both American Tail films (the first film appeared in 1986; the sequel, subtitled Fievel Goes West, came out in 1991). The most lasting contribution from the films is probably the above song, featuring a then-uncredited Linda Ronstadt.

The Land Before Time

1988’s The Land Before Time, one of the era’s more beloved non-Disney animated tales, matched Horner’s sweeping symphonic themes with dinosaurs of a considerably more whimsical stripe than the ones John Williams would soundtrack in Jurassic Park a few years later.

The tearjerking qualities of Kevin Costner‘s 1989 masterpiece about dads, baseball and cornfields were considerably amped up by Horner’s emotive score, at times pared down from grand symphonic gestures to solo piano.

Horner’s score for 1991’s The Rocketeer firmly plants a flag in classic Aaron Copland-esque Americana, anchoring the film’s sci-fi concepts in a recognizably American past.

1995 was Horner’s year by a mile. He composed the music for most of the year’s biggest films, including Braveheart, Apollo 13, Jumanji and Casper.

Horner was nominated for Best Original Dramatic Score for both Apollo 13 and Braveheart at the 1996 Academy Awards.

Horner often collaborated with James Cameron, a relationship that dated back to 1986’s Aliens, and he finally picked up an Oscar (after five previous nominations) for Titanic‘s score, as well as for the film’s instantly classic song “My Heart Will Go On.”

Horner didn’t win an Oscar for the score to 2001’s A Beautiful Mind, though he was nominated. Still, the film’s soundtrack remains a favorite.

Horner’s score for Avatar also received an Oscar nom – he worked with ethnomusicologist Dr. Wanda Bryant to construct a cohesive musical culture for the film’s race, the Na’vi, that would then be reflected in the film’s score. For example, the singers on the soundtrack sing in Na’vi, a language constructed solely for the film.

Horner’s career encompasses more than we could cover here. An incomplete list of his film works also includes Honey, I Shrunk the Kids, Troy, House of Sand and Fog, Patriot Games, and The Amazing Spider-Man. Horner was so prolific that he’d already completed scores for three 2015 films not yet released: Southpaw, Wolf Totem ad The 33. He will truly be missed. 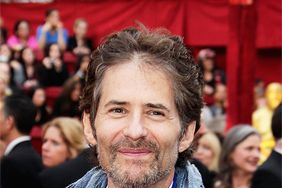 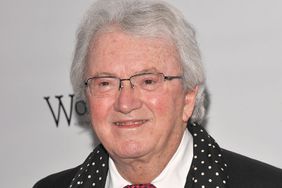 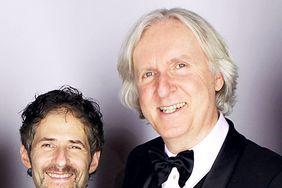