James Garner: In His Own Words on 'The Notebook' , 'Maverick' and More

“There are few people on this planet I have adored as much as Jimmy Garner,” Sally Field said of her costar in the 1985 movie Murphy’s Romance. “He was a diamond.”

Tom Selleck paid tribute to Garner, who died Saturday night at age 86, by saying, “Jim was a mentor to me and a friend, and I will miss him.”

In his own words, Garner – who first rose to prominence on the ’50s TV Western Maverick and whose star continued to burn bright on the ’70s series The Rockford Files – sat down with PEOPLE in 2005 to reminisce on his 50-plus years as a Hollywood pro.

Maverick, 1957-1962
“It was on for five years, but I left after three,” Garner told PEOPLE about playing popular hero Bret Maverick on the Western series. But behind the scenes, “I sued the studio for breach of contract. There was a writers’ strike, and they said they could lay me off from my 52-week contact because they said they couldn’t get scripts, when, in fact, they had scripts. But they were mad at me because I said a couple things about being under contract for Warner Bros. that they didn’t like We went to court and got out of my contract.”

The Great Escape, 1963
“Steven would drive that motorcycle with the swastikas on it all over Munich,” Garner said, referring to his costar (and difficult friend) in the WWII adventure, Steve McQueen. “We’d go to lunch like that. People would yell. They didn’t think that was too good, and I didn’t either.”

Murphy’s Romance, 1985
“What a sweet lady. She wanted me in the picture and she got me,” Garner said of leading lady Field in this gentle rural rom-com for which Garner received a Best Actor Oscar nomination. “I knew I wasn’t going to win. They’re not going to give somebody the Academy Award for that. You don’t act enough, you don’t climb enough scenery.”

Divine Secrets of the Ya-Ya Sisterhood, 2002
“I loved Sandra,” the actor said of costar Bullock. “She’s a good girl – lot of fun. She broke me up doing that. She said, ‘I never liked the m———er’ during the scene. She’d do that a lot, just lay a line a on you.”

The Notebook, 2004
“Ryan Gosling said he didn’t believe in love at first sight and loving somebody that long, and I said, I’ve been married 47 years, and it seems to work,” Garner said. “I only knew my wife [Lois Clarke] two weeks before I married her. We’re both devoted to each other. We’ll be there for each other forever.” 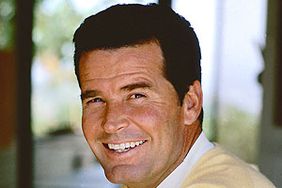 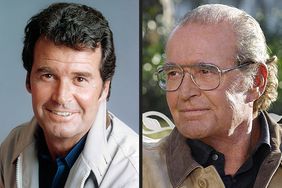 Remembering James Garner: See the 7 Most Memorable Roles of the 'Rockford Files' Star