"It's about raising kids who don't think it's strange or exotic or worthy of a pat on the back to be doing the right thing for the living biosphere," the director said

Where is James Cameron headed for his latest project? A school cafeteria.

The Titanic director and his wife, Suzy Amis Cameron, are introducing an entirely plant-based menu at her private academy, the MUSE School, which she founded in 2006 in Calabasas, California.

But don’t refer to the menu as vegan.

“The average person would say vegan, but we say whole food, plant-based,” the Hollywood filmmaker clarified at a Feb. 19 benefit celebrating his wife’s Red Carpet Green Dress campaign, according to THR.

“It’s about raising kids who don’t think it’s strange or exotic or worthy of a pat on the back to be doing the right thing for the living biosphere,” he continued.

The eco-friendly menu swap is scheduled to take effect this fall, making the MUSE school one of the only known educational institutions to feature a plant-based, meatless menu.

Suzy Amis Cameron, an environmental activist, and her sister Rebecca Amis, who has a background in childhood education, partnered to launch the nonprofit school nine years ago with just 11 students at the time. The school – described on its website as an “educational oasis” – educates children from early childhood education through high school.

As for the director’s upcoming film projects? Cameron is slated to direct the highly anticipated sequels of the science fiction film Avatar, with the first expected to hit theaters in 2017.

Picks and Pans Review: Sounds Off 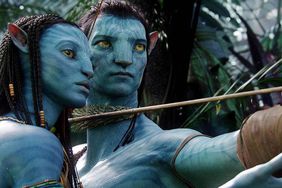