Jake Gyllenhaal, who’s been frequently linked with Reese Witherspoon this year, is letting a recent issue of Interview magazine speak for him when asked about his dating status.

“I’m the hottest bachelor in America!” the actor, 26, told Ellen DeGeneres on her talk show Wednesday when she inquired if he’s currently single. “And I’m shedding light on the CIA,” he added, referring to his movie Rendition.

“So you won’t tell us, that’s fine,” DeGeneres replied.

DeGeneres showed the October cover of Interview, and asked Gyllenhaal if he’s enjoying his hottest-bachelor status. “It’s starting to feel good,” he said. “It was uncomfortable at first, you know, for a little while. But now I’m embracing it.”

Though he’s tight-lipped about his relationships, the actor is more than happy to discuss the dirty details of changing diapers for his niece Ramona – his sister Maggie’s 13-month-old daughter with Peter Sarsgaard. Simply put, the job is easier now that Ramona is a bit older. 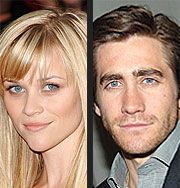 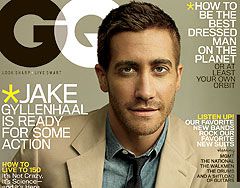 Jake Gyllenhaal Is 'Okay' with Being Single – for Now