"She's a vegan, which makes it really frustrating when you're picking a place to eat," the actor jokes

You can’t blame Natalie Portman for never having to endure an awkward ugly duckling phase, but it’s getting to the point where the Black Swan star is enjoying an embarrassment of riches.

It’s one thing to be glowing with a surprise pregnancy and engagement, but to have an ex sing your praises at an award show?

Before awarding Portman, 29, the Desert Palm Achievement Award at the Palm Springs International Film Festival, Jake Gyllenhaal was unabashed in his praise for his one-time girlfriend, whom he dated briefly years back.

“Natalie is the Audrey Hepburn of our generation,” the actor says, “She is elegant, graceful, has amazing eyebrows … is talented, really short, funny, smart, dedicated, incredibly kind.”

But despite her attempts to prove otherwise, no one is perfect, and with Portman’s fiancé Benjamin Millepied looking – and laughing – along, Gyllenhaal eventually got around to the “flaws” of this award season’s it girl.

“She’s a vegan, which makes it really frustrating when you’re picking a place to eat,” Gyllenhaal said with a laugh, before adding, “She’s also recently announced that she’s going to be a mom, and her child will probably need therapy after seeing Black Swan.” 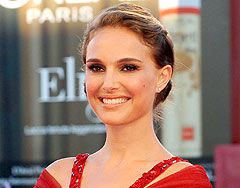 Natalie Portman Is Back on the Carbs After 'Black Swan' 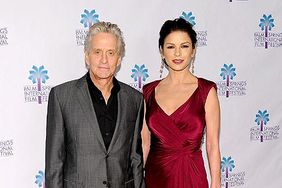