The sons of Mick Jagger and Michael Jackson could end up as classmates at Britain’s exclusive Stowe school now that the two music icons have both signed up their young sons for the academy. The boarding school’s nearly $25,000-a-year fees should pose no problem to the rich rock parents, and a spokesman for the school told Britain’s Sun: “We have lots of interest from celebrities these days.” Teased the tabloid: “So the scene is set for an amazing parents day in 2010 with the aging singers chatting about the progress of their sons over tea and biscuits in the historic 18th century hall.” 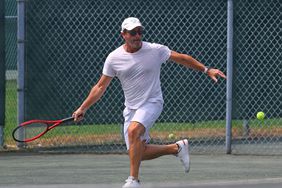