Michael Jackson, Paul Simon, Aerosmith, Queen, Steely Dan, Ritchie Valens, The Flamingos and Solomon Burke were named as the Rock and Roll Hall of Fame’s 2001 inductees in announcement that took place yesterday at VH1’s Manhattan studios. The cable station will air the induction ceremony on March 19. “We’ve got artists who made their biggest hits early on, as well as those who have been very active today, so it’s a wide spectrum of artists,” said Susan Evans, executive director of the Cleveland-based Rock and Roll Hall of Fame foundation. Jackson, 42, and Simon, 56, were previously inducted as members of the Jackson 5 and Simon & Garfunkel, respectively. Nominees (who must be in the biz at least 25 years) are picked by a group of rock historians, while finalists are chosen by about 1,000 rock experts around the world. This year’s nominees who did not make the final list: AC/DC, Black Sabbath, Brenda Lee, Lynyrd Skynyrd, New York Dolls, Lou Reed, Bob Seger and Patti Smith.

Age Displays Its Virtues as the Stones, Stevie and Dion Join Rock's Hall of Fame 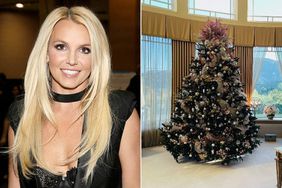