The actress and her daughter are "happy and healthy," says her rep

Australian actress Jacinda Barrett and her husband Gabriel Macht have welcomed their first child, a baby girl, her rep confirms to PEOPLE exclusively.

“Mum and Satine are happy and healthy,” says her publicist.

Barrett, 35, and Macht, 35, have been married since 2004. The couple first confirmed they were expecting a child to PEOPLE in May.

Audiences first met Barrett as a participant on MTV’s The Real World, set in London. She’s since appeared in films such as The Namesake, 2003’s The Human Stain and The Last Kiss with Zach Braff.

Her husband, an American actor, recently appeared in The Good Shepherd and the comedy Because I Said So. He recently finished working on White Out, opposite Kate Beckinsale, and can be seen next in Frank Miller’s The Spirit, opposite Scarlett Johansson, Samuel L. Jackson and Eva Mendes. 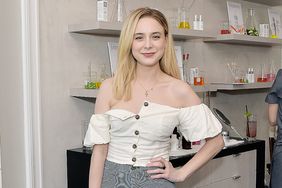 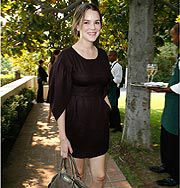