J.K. Rowling: Richer than the Queen

Of Rowling’s fortune, $238.7 million was generated by her books and the rest from movie rights and “Harry Potter” merchandise. The fifth book in the series is due out this summer and the third film is on the way.

Rowling, 37, wrote her first novel about a boy wizard while she was a single parent living on government aid of only $111 a week.

For the third year running, Britain’s richest person is the Duke of Westminster, who owns great gobs of central London and is said to be worth $7.8 billion.

Hans Rausing, creator of the Tetra-Pak long-life milk carton, is No. 2, with $7.6 billion, according to the Times. Formula 1 motor racing czar Bernie Ecclestone is in third place, moving up from fifth, even though his total wealth actually fell.

As for who is the richest person in the world, according to most accounts, that distinction goes to an American, Microsoft founder and CEO Bill Gates, 47, who as of last Friday’s closing on Wall Street, owned $31.57 billion worth of shares in his company alone. 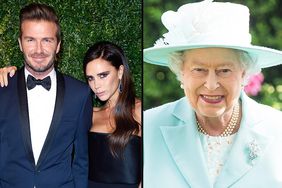