Ivanka Trump, in Testy Interview, Makes Clear Her Father's Child Care Plan Is Not for Gay Dads (or Any Dads)

Ivanka Trump abruptly ended a Cosmopolitan.com interview after what she called "negativity" in the questions

The policy, which Ivanka, 34, unveiled alongside the Republican presidential nominee in Pennsylvania on Tuesday, would give new moms six weeks of paid maternity leave, and also makes child care expenses tax-deductible for families that earn less than $50,000 annually. Further, it would establish tax-free accounts for families to use for child care and child enrichment activities.

Most of the plan’s focus, however, is on women, as reporter Prachi Gupta noted while questioning the mother-of-three.

“Why does this policy not include any paternity leave?” Gupta asked.

In response, Ivanka explained, “I think this takes huge advancement and obviously, for same-sex couples as well, there’s tremendous benefit here to enabling the mother to recover after childbirth. It’s critical for the health of the mother. It’s critical for bonding with the child, and that was a top focus of this plan.”

Ivanka said the plan would impact same-sex marriages if the couple had legal married status under tax code, but ruffled when pressed about unions of two men.

“The policy is fleshed out online, so you can go see all the elements of it,” she said. “But the original intention of the plan is to help mothers in recovery in the immediate aftermath of childbirth.”

Undeterred, Gupta pressed on: “For same-sex adoption, where the two parents are both men, they would not be receiving special leave for that because they don’t need to recover or anything?”

The interview was widely shared on social media, and even earned praise from Chrissy Teigen.

Gupta also brought up past comments made by Donald to Ivanka – namely, a 2004 NBC interview in which he referred to pregnancy as an “inconvenience” to employers and business owners.

Ivanka replied, “I think you have a lot of negativity in these questions, and added. “So I don’t know how useful it is to spend too much time with you on this, if you’re going to make a comment like that.”

“My father has been a great advocate for the women in the workforce, and that’s part of why he recognized that reform is so necessary,” she also said before jumping off the phone shortly after. 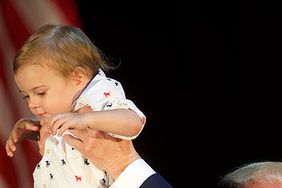 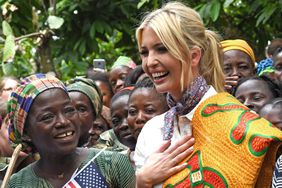