"All is well," says Trump's rep of the once-shaky relationship between the two

There’s a happy ending. After several months of bickering about geographical wants and obligations, Ivana Trump and her Italian actor-model husband, Rossano Rubicondi, have resolved their marital differences.

“They are very much together and ready to celebrate their first anniversary,” Trump’s rep Catherine Saxton tells PEOPLE. “They have been separated by work and geography but are truly in love.”

Last April, the couple married in a lavish Palm Beach ceremony at the private Mar-a-Lago Club only to separate four months later. At the time, Trump, now 60, said that her husband, 37, wanted to live in Miami and work in Milan, but she had family and friends in New York and preferred to continue living there.

“There was no legal filing, and all is fine now,” says Saxton. “They have different work schedules and do see each other in New York, London, Paris and Rome. It was just rough for awhile when trying to be in the same place at the same time.”

Trump, who told PEOPLE on her wedding day that she married a younger man because “I would rather be a babysitter than a nursemaid,” has made her husband happy by adding Miami to the couple’s jet-set lifestyle.

“Ivana has bought a beautiful condo in Miami and is in the process of selecting furniture for it this week,” says Saxton. “They will go back and forth between the new Miami condo and her Palm Beach home when they are in south Florida. All is well!”

News of their reconciliation first appeared online in the Palm Beach Post. 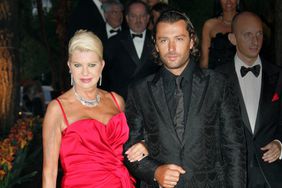 Ivana Trump Breaks Up with On-Off Ex-Husband No. 4, Rossano Rubicondi: 'I Just Want to Be Free' 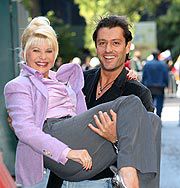 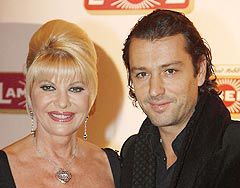