It Isn't Easy Being Green

“The Tom Green Cancer Special,” starring the comedian, 28, and airing on MTV tonight, could have viewers turning green. The special includes a no-holds-barred look at an operation to remove some of Green’s lymph nodes and a visit to a pathology lab where his cancerous testicle, removed during an earlier surgery, is being analyzed. Known for his black humor (lately he’s also become known for placing a live mouse in his mouth — first in the movie “Road Trip,” then for Jay Leno on “Tonight”), Green is shown in the special being photographed with his mother in what he calls his burial suit. Mom will have none of it, though. “Tom, you’re going to live,” his mother tells him. Green, tears about to well in his eyes, responds, “You’re wrinkling my suit, Mom.”

Comedy Is Good, Family Is Better 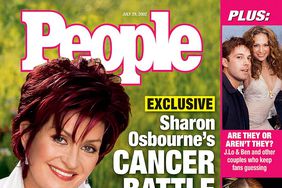