Washington says in a statement: "I'm mad as hell and I'm not going to take it any more"

The speculation is over: After a controversial season, Isaiah Washington will not be returning to Grey’s Anatomy, his rep and ABC Television Studio have confirmed.

Howard Bragman, Washington’s publicist, says Washington’s option was not renewed, and released this statement from the actor: “I’m mad as hell and I’m not going to take it any more.”

Bragman did not elaborate on the statement, a reference to the 1976 film Network.

The cast was notified Thursday night of the final decision, which, says a source close to the situation, was a long time coming. In the end, the source says, Washington’s behavior made him a liability.

Rumors ran rampant following the season finale – during which Washington’s character, Dr. Preston Burke, broke up with his fiancée, Christina Yang (Sandra Oh), and moved out of their apartment – that Washington would not be returning.

The actor first came under fire last fall after getting into an altercation with Patrick Dempsey, during which he allegedly referred to castmate T.R. Knight with a homophobic slur.

Washington later apologized, checked into rehab, met with gay leaders and recently released a PSA decrying the use of hate speech.

• With reporting by LISA INGRASSIA 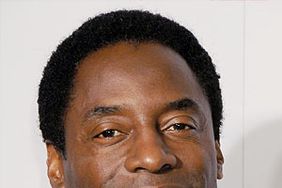 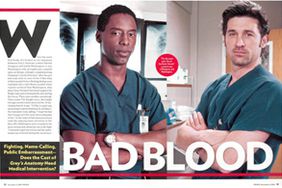