He was an Oscar-winning superstar, but around his neighborhood of Tiburon, in the San Francisco Bay area, Robin Williams was known as a friendly cyclist who loved to walk his pug, Leonard, and share quiet dinners out with his wife.

And in the week before his death on Aug. 11, Williams stuck to many of his familiar routines. On Aug. 5, he and his wife, Susan Schneider, had dinner at one of their favorite local spots, Joe’s Taco Lounge in Mill Valley, before attending the Mark Pitta & Friends comedy show at the Throckmorton Theatre, where the couple stopped by most Tuesday nights.

“He looked fine, just like he always does,” Julian Kaelon, director of marketing at the Throckmorton, tells PEOPLE. “He was the same bubbly, fun, kind-hearted guy he always was. He came up to the concession and bought his regular Coca-Cola. He always insisted on paying and would never allow us to give him anything for free.”

“He would ride his bike Tuesday nights to the theater, and he loved going into the small green room and imparting words of wisdom about the art of comedy, or the business,” adds Kaelon. “He encouraged the next generation of comedians to find their voice. He told them a lot of comedians don’t get out of the standard joke box, but they needed to grow and not be complacent.”

On Aug. 10 – just one day before his death – the star kept his Sunday morning date with legendary comic Mort Sahl, 87, at The Depot Bookstore & Cafe.

Although he was always an affable presence in the bayside area, one neighbor who saw him walking Leonard on Aug. 8 says he appeared more subdued than usual. During an outing last month, another resident said the star looked unsteady.

“He was moving really slow, and his wife was assisting him,” says the resident.

On Thursday, Schneider revealed in a new statement that the actor had quietly been battling the early stages of Parkinson’s disease.

Johnny Steele, a local comic and cycling buddy, told The San Francisco Chronicle that in recent months Williams had seemed frail and Steele “worried that he was not well … I had started to get concerned that he had some physical malady, not telling anyone.”

But during their most recent bike ride a week ago, “he kicked my ass … which made me even more alarmed,” Steele said, adding that he also seemed “sort of distant.”

The fact that Williams gave little outward indication that something was gravely wrong in the days before taking his own life is “a common phenomenon, and a frustrating one,” says Dr. Jay P. Singh, a Washington, D.C.-based expert on suicide and mental illness.

“Unfortunately, when it comes to disorders like depression, it’s a silent scourge. It’s such a quiet disorder,” says Dr. Singh. “There is a good amount of research as well as anecdotal evidence that shows right before a suicide occurs is the time period when individuals judged by mental health professionals are seen as being at low risk of suicide.

“A number of people over the last few days have questioned the last things [Williams] did, or shouldn t his wife have picked up on something. At the end of the day, it’s exceedingly difficult to pick up on signs and symptoms that place someone at imminent risk.”

For locals, Williams’s death leaves a hole in the community.

“As big and as iconic a star as he was, he was also humble – a local guy and a regular person,” says one neighbor. “It’s a huge loss.” 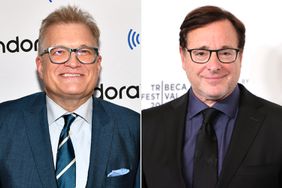