All about Ben Affleck's big flames and long-term relationships

Ben Affleck’s love life is back in the spotlight after PEOPLE confirmed he's been spending time with former fiancée Jennifer Lopez.

On May 10, sources told PEOPLE that the exes were seen riding in a car together near a resort in Big Sky, Montana, where the Justice League actor has a home. Affleck, 48, and Lopez, 51, were spotted out and about in the Treasure State, after participating in the VAX LIVE: The Concert to Reunite the World event, which taped May 2 and aired on May 8.

"She had a great time with Ben," a source told PEOPLE of the pair's quiet getaway. "She is happy with him and enjoys spending time with him."

A golden couple of the 2000s, Lopez and Affleck were the talk of the tabloids during their years together. The pair got engaged in 2002, costarring in Jersey Girl and Gigli. They postponed their 2003 wedding days before they were set to walk down the aisle, and officially split in January 2004.

Whether or not sparks fly once again, here’s a walk down memory lane of Affleck’s most high-profile romances.

When Affleck rose to stardom after winning his first Oscar for Good Will Hunting in 1997, the Boston native was in a relationship with high school girlfriend Cheyenne Rothman.

But the actor soon began dating Gwyneth Paltrow after meeting her at a dinner thrown by now-disgraced studio mogul Harvey Weinstein. The pair went on to costar in the movies Shakespeare in Love and Bounce.

The couple shared quick wit and a wicked sense of humor — but their relationship also had its share of ups and downs. Paltrow told Howard Stern that while dating Affleck was fun, her parents did not approve.

“He’s super intelligent and really, really talented and he’s funny,” she said. “But he wasn’t in a good place in his life to have a girlfriend.”

Still, they clearly enjoyed one another’s company. The pair broke up in 1999, but briefly reunited before finally ending things in 2000. The GOOP mogul and Affleck remain pals, however.

Affleck and Jennifer Garner started dating soon after starring together in the 2003 action movie Daredevil, and wed in 2005. During their decade of marriage, the couple would welcome three children: daughters Violet, 15, Seraphina, 12, and son Sam, 9.

In June 2015, the actors announced they were separating and settled their divorce in October 2018.

“They are two very different people,” a source close to Garner, 49, said.

Both Affleck and Garner have made cooperative co-parenting a priority and have continued to spend time together as a family. On Mother’s Day 2021, the Deep Water star posted a sweet tribute to his ex-wife on Instagram.

"So happy to share these kids with you. Luckiest parents in the world. Thanks for all the good you do. Happy Mother's Day. Love, their Dad," Affleck wrote, sharing throwback photos of Garner with their kids.

Speaking to PEOPLE last year, Affleck stressed that he and his ex-wife have always put their family first.

"When you have children with somebody you're connected to them forever," the dad said. "And I'm very lucky she is the mother of my children."

Following the divorce, Affleck and Saturday Night Live producer Lindsay Shookus went public with their relationship in July 2017 and dated for one year. The couple split in August 2018 when Affleck went to rehab for alcohol addiction. They briefly reconciled in February 2019, before splitting for good that April.

At the time, a source told PEOPLE the couple's long-distance status factored into their breakup.

“She has a kid and an ex-husband and a job in New York and Ben has his family and a job in L.A. and while they love and respect each other they just realized it wasn’t going to work,” the source said. “They really gave it another solid try.”

Though The Last Duel star and producer, 40, have parted ways, the source added that “they will always have love for each other.”

The actor and model, 25, were first spotted at dinner days before he checked into rehab in Malibu in August 2018. During that time, Sexton was seen driving the actor’s SUV, and she visited him at the center during his 40-day stay. Shortly after he completed treatment, the two vacationed together in Montana.

In October, PEOPLE broke the news that the romance was over.

“He enjoyed being with her but is working on himself, and being together with her at this time is not something that works,” a friend said at the time. “He will date in the future, but for now his focus is on his sobriety, family and his next project.”

In a statement shared to Instagram around that time, the star said he was focused on outpatient care for alcohol addiction.

“The support I have received from my family, colleagues and fans means more to me than I can say. It’s given me the strength and support to speak about my illness with others,” Affleck said. “Battling any addiction is a lifelong and difficult struggle. Because of that, one is never really in or out of treatment. It is full-time commitment. I am fighting for myself and my family.”

Two years later, the Oscar winner was back in the dating game. Affleck was first linked to his Deep Water costar Ana de Armas in early 2020 while filming the thriller in New Orleans, and they were labeled an item in March of that year.

The actors were frequently spotted together while quarantining in Los Angeles last summer amid the COVID-19 pandemic, and the Knives Out star confirmed their relationship in April 2020 when she posted photos to Instagram of them celebrating her 32nd birthday. That summer, she also moved into his home in L.A.

Fast forward to January 2021, and the couple called it quits. An insider described the breakup as amicable, explaining that the former costars are at “different points” in life.

"Ben is no longer dating Ana," a source said told PEOPLE exclusively. "She broke it off. Their relationship was complicated. Ana doesn't want to be Los Angeles based and Ben obviously has to since his kids live in Los Angeles."

"This is something that was mutual and something that is completely amicable," another source close to Affleck and de Armas added. "They are in different points in their lives; there is deep love and respect there. Ben continues to want to work on himself. He has three jobs lined up and he's a solid father at home. They are both happy with where they are in their lives. 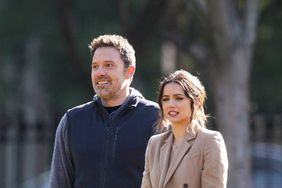 All About Ben Affleck and Ana de Armas' Thriller 'Deep Water' : 'Their Physical Chemistry Was So Intense' 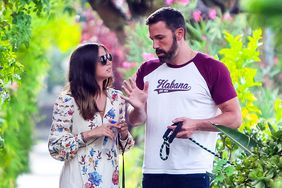 Ben Affleck 'Really Wanted' His Relationship with Ana de Armas 'to Work': 'He Has Been Upset' (Source) 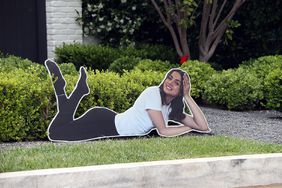