Beyoncé & Kelly Clarkson to Sing for the Obamas at Presidential Inauguration

The R&B superstar will sing the National Anthem, while Kelly Clarkson will perform "My Country 'Tis of Thee"

Michelle Obama works out to her music – plus, she’s no stranger to the White House – so it’s only fitting this year that Beyoncé will be front and center at President Barack Obama’s inauguration.

The R&B superstar will be performing the National Anthem at the Jan. 21 ceremony, which will take place at the West Front of the U.S. Capitol, the Presidential Inaugural Committee tells PEOPLE. And she will be joined by an equally auspicious roster of singers: Kelly Clarkson will perform “My Country ‘Tis of Thee” this year (that honor went to Aretha Franklin … and her infamous hat in 2009), while James Taylor will sing “America the Beautiful.”

In 2009, Beyoncé performed Etta James‘s classic, “At Last,” while the President and Michelle Obama took their first dance during the Neighborhood Inaugural Ball.

Other inaugural ceremony participants include civil rights activist and journalist Myrlie Evers-Williams, who will give the invocation. Reverend Louie Giglio will deliver the benediction.

According to the Presidential Inaugural Committee, more information about ceremonial participants will be released in the coming days. Could Aretha be back for her encore? 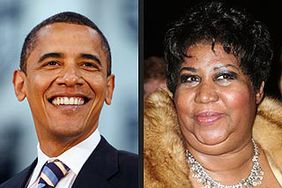 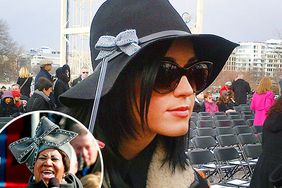