On his Facebook and MySpace pages, he boasted about flying high and taking a five year break from the skies

Steven Slater developed an instant cult following when he abruptly quit his job as a JetBlue flight attendant Monday, cursed over the loudspeaker, grabbed some beers, then bolted via the emergency chute.

But the flamboyant flight attendant’s crash landing seemed to cap off what appears to be a gleeful 20-year career in the friendly skies.

According to photos posted on his Facebook and MySpace sites, Slater began his career at SkyWest Airlines. “I was 19!!! And THIN!!!” wrote Slater, whose father was also reportedly in the airline industry.

PHOTOS: Take This Job and Shove It! 8 Memorable Quitters

Gigs at TWA and Delta followed – as did plenty of travel, including flights to Dublin, Zurich and Barcelona.

“My airline affiliation allows me amazing travel privileges,” he posted on his MySpace page, which is listed under the moniker NYCFLYER. “And I love to max it out with trips around the world, sometimes on a moment’s notice! Let’s go!”

He also showed an affinity for aviation history, writing posts about Berlin’s Tempelhof Airport: “Built to be the hub for Hitler’s Europe. Site of Berlin Airlift, later controled [sic] by U.S., France, and Britain. Only British Airways, Air France, Pan Am, and TWA allowed to serve afer [sic] the war. Lufthansa got the boot. Closed in Oct 2008,” he wrote in a Nov. 2008 posting.

His latest job at JetBlue seemed to come after a five year break from flying.

“Back flying after five years off the job and having a ball,” he wrote on MySpace at the time. “If I am on the ground, I am probably in my humble home in the ‘burbs doing something domestic and trite. like vacuuming. Or dining, as I just love to dine. Which leads to the gym, to offset the dining. Big fan of sand and sun, I am often found on the beach or in a park, anywhere I can catch some exercise and a few rays.”

Slater, who is being held at Rikers Island according to the New York Times, is facing charges of criminal mischief and reckless endangerment. An attorney for Slater could not be reached. 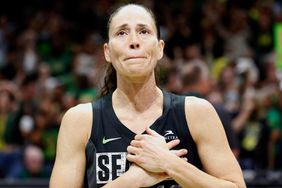 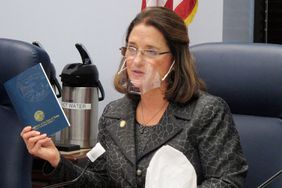