HOW TO BE A STAR

It’s tough for an unknown to break into Hollywood, especially when he is only 18 years old. But Jason Schwartzman, who plays a nerdy 10th-grader with chutzpah opposite Bill Murray in “Rushmore,” did have a few things going in his favor. Try a mother who is an actress, a father who was a producer — and an uncle named Francis Ford Coppola (a distinction also shared by Nicolas Cage). Schwartzman, who makes his acting debut in the film, told New York’s Daily News that it was mostly chance that got him the role. At a party at Coppola’s Napa Valley CA vineyard, a casting director for “Rushmore” was describing the young lead character Max Fischer to Schwartzman’s cousin (and Francis’ daughter), Sofia Coppola. “Sofia says, ‘Oh my God, that sounds like my cousin Jason,'” Schwartzman says. Next thing Schwartzman knew, he was being introduced to the director Wes Anderson, and he had his first role. 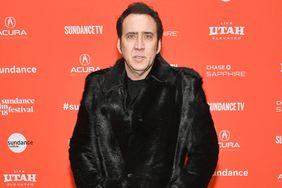