Sam Huang took a trip around the world visiting 11 cities, seven countries and five continents in a first class Emirates airlines suite and he only paid $300

Sam Huang took a trip around the world visiting 11 cities, seven countries and five continents in a first class Emirates Airlines suite and he only paid $300.

The 26-year-old broke down how he accomplished this enviable feat – through a combination of credit card rewards and a (now closed) airline restriction loophole – in a blog post on his website TopMiles.

“It turns out Emirates has a few airline partners, one of which is Alaska airlines. Besides being able to take connecting flights, you can actually use Alaska miles to redeem a first class ticket on Emirates,” he wrote.

For three years, Huang has been dedicated to figuring out the most efficient ways to accrue and use frequent flier bonus miles.

“I found out about this [concept] when I was traveling abroad in Europe,” he tells PEOPLE. “I met some guy who said he travels for free and I was kind of skeptical. And then I went home and I Googled it and started diving into it.”

As he explained in his blog post, he accrued 200,000 frequent flier bonus miles without flying a single mile by signing up for multiple credit cards that partner with Alaska airlines – a mileage partner of Emirates. Most banks have a set limit on these rewards bonuses, but Huang found a loophole with Alaska.

“So most airlines, when you book a trip, they have a thing called routing rules to stop you from doing a crazy round the world,” he told Mashable. “Basically Alaska’s computers until recently didn’t have routing rules. If you wanted you could nest a layover.”

Nesting a layover means adding a less than 24-hour stop in a city along the way, which is possible on most tickets as long as the stop does not exceed one full day.

“So I just started typing different city combinations. I nested a lot of 24-hour layovers – but [in the computer] it looks like Singapore to New York.”

Even after successfully booking this trip around the world for just $300 in airline taxes and fees, Huang admits he was nervous an airline employee somewhere would notice he was gaming the system in a big way.

“My heart was pounding, but I tried to keep a straight face,” he wrote about checking in for the first leg of his flight. “The check-in agent typed something into his computer and picked up the phone. In my head I kept on thinking, ‘This is it. I’m not going to pull this off.’ All of a sudden he put the phone down and smiled. A few seconds later, my ticket to Melbourne was issued and handed to me.”

So began what Huang called “the greatest flying experience of my life.” In a highly detailed blog post, Huang recounts the mindboggling luxuries of the Emirates first class suite – from endless glasses of Dom Perignon to the questionable decadence of being able to take a shower mid-flight.

“I couldn’t stop laughing at how insane it was. Three years ago, I was stuck in coach hating flying, and now I was taking a shower in the sky at 40,000 feet for almost nothing,” he wrote.

He summed up the experience rather succinctly: “The bling is in your face. Some may find it nouveau riche, but I loved every bit of it.”

Since the story behind and photos of his trip have gone viral, Huang says he’s been inundated with messages from strangers looking for cheap travel tips.

“I’ve gotten so many emails from people asking how to do it – it’s been crazy,” he tells PEOPLE. “A lot of people do not know how to use their frequent flier miles, it is very confusing initially so the whole point of my website.”

In a display of incredible generosity of spirit, Huang created his website TopMiles to help others learn how to earn and use bonus miles to take dream trips of their own.

Don’t hold out hope to exactly replicate his once in a lifetime trip, though – the loophole he used has been closed for a few months. “A milder version still exists, though,” he wrote. 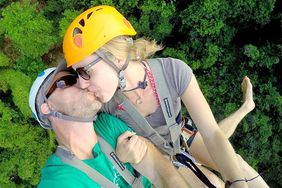 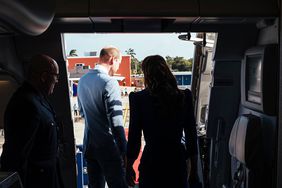 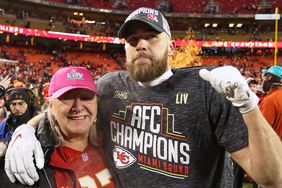 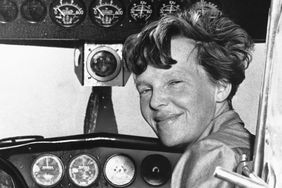 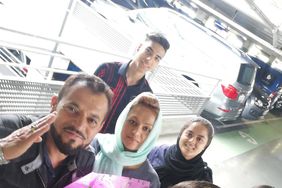 Moose the Maltipoo is JetBlue's Most Frequent (Furry) Flier 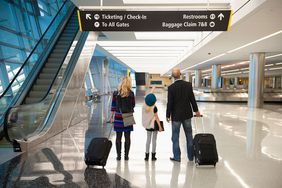 5 Tips to Help You Find the Cheapest Flights in 2017 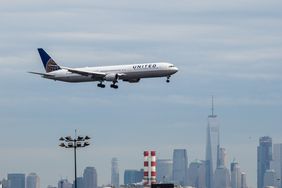 Grounded by the High Cost of Flying? Two Pinchpenny Travel Agents Are Taking the Air Out of Airfares 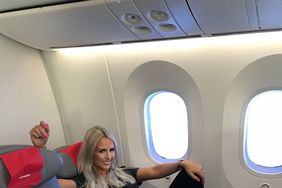