The end of the protest comes one full day after Democrats took over the U.S. House floor

U.S. House Democrats have thrown in the towel in their protest for a vote on gun control – 24 hours after taking over the floor.

“Please come to the Floor to continue showing unity and to relieve colleagues who have been on the Floor since the House adjourned earlier this morning,” a Thursday morning notice to the Democratic caucus read, according to Politico.

The move comes hours after Republican leaders voted on several bills – but not gun control – and adjourned at around 2:30 a.m. and headed home until July 5.

Despite the Republicans’ attempt to thwart the Democrats’ efforts, the party stayed on the floor and even broke chamber rules to live stream the protest on Periscope.

The protest may be over for now, but Lewis declared on Twitter that the Democrats would head back to the floor when Congress returns after the July 4 holiday.

“We must never ever give up or give in,” the civil rights icon tweeted. “We must keep the faith. We must come back here on July 5 more determined that ever before.”

Lewis made similar statements even before officially ending the protest.

“When we come back in July, we will start all over again,” he said, according to CNN, calling the effort a “major down payment on ending gun violence in America.”

South Carolina Rep. Jim Clyburn echoed Lewis’ statements, saying that the leaders would go back to their respective congressional districts and “engage our constituents.”

“On July 5, we will return, and at that time we will be operating on a new sense of purpose,” he said, according to CNN.

Nearly 200 Democrats took part in the sit-in, with presidential candidate Bernie Sanders dropping by and Massachusetts Senator Elizabeth Warren visiting the chamber (with boxes of doughnuts) on Wednesday.

Lewis gave an impassioned speech outside of the chamber, vowing to continue the fight for stricter gun laws.

“On July the 5th, we’re gonna continue to push, to pull, to stand up and, if necessary, to sit down,” he said. 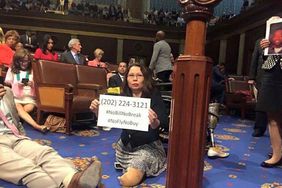 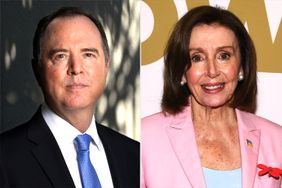 Adam Schiff Is Making Moves to Replace Nancy Pelosi as House Speaker If She Steps Back After Midterms: Report 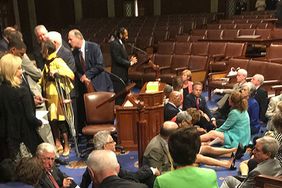