They remember her as Ashley, the attractive cheerleader from a New Jersey town who seemed headed to anywhere but a headline-grabbing scandal.

Friends of the 22-year-old alleged high-priced call girl named “Kristen” are now rallying around the woman they knew as Ashley Youmans of Wall, N.J.

“We’re just trying to keep her head up and keep her strong, have her look at this as a positive,” high school friend Joe Pawlak, who spoke to her on Thursday, tells PEOPLE.

Pawlak, who graduated from New Jersey’s Wall High School Class of 2003, one year ahead of Ashley – who now uses the last name Dupré – says she’s only human and “people make mistakes.”

“She’s just trying to work through it,” says Pawlak.

Dupré was identified this week as the escort linked by federal authorities to N.Y. Gov. Eliot Spitzer, who resigned in humiliation.

Bevin Doherty, who knew Ashley on the Pop Warner cheerleading squad in middle school, tells PEOPLE that, in contrast to statements Ashley made on her MySpace page about her home life, Ashley lived with her mom.

“Her mom would pick her up from cheering in middle school in a Jaguar,” says Doherty, who like others, assumed Ashley was wealthy. By high school, she was wearing designer clothes.

Set to graduate from the Class of ’04, Ashley abruptly disappeared near the end of her sophomore year.

“When she left high school,” said Doherty, “me and others thought she left to go get married. That’s what I was under the belief – that she met someone and had a ring and left to get married. We always wondered what happened to her. It’s not like she had no friends.”

A grade-school teacher of Ashley’s, Gerald Basiak, 58, recalls her as a “B-C student [who] really wasn’t focused in on anything.” Still, he remembers a kindness she showed toward a special-needs student. “She would spend time with this girl on the playground, walk around with her,” says Basiak.

As for Ashley’s being caught up in a scandal, “I would never expect this, there were never any indications of any problems at home,” he said. 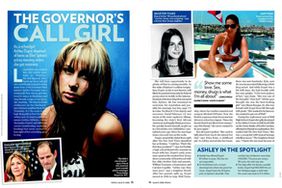 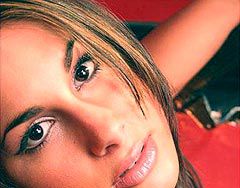 Ashley Dupre Gets Reprieve from Scandal with Spa Trip 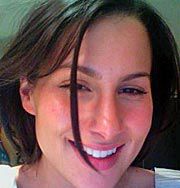 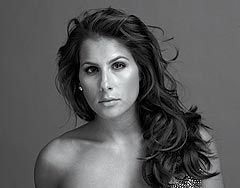