Just when it seemed like all the good movie and TV memorabilia has already been snatched up comes an announcement of a May 24 Hollywood items auction at Christie’s East in Manhattan. The sale will include what is being described as a pristine pair of ruby slippers worn by auction all-star Judy Garland in “The Wizard of Oz.” The shoes, size 6B, could fetch as much as $750,000, reports the Associated Press. Bert Lahr’s Cowardly Lion costume from the same flick could command $600,000. (At these prices, Wall Street had better bounce back.) Other steals for the asking: a Rolls-Royce from James Bond’s “Goldfinger” (estimated to fetch $200,000); Christopher Reeve’s Superman outfit ($40,000); Alan Hale’s skipper’s cap from TV’s “Gilligan’s Island” ($10,000); and a lighter inscribed with the words, “Desi darling, my love for you will last much longer than this lighter” ($1,200). 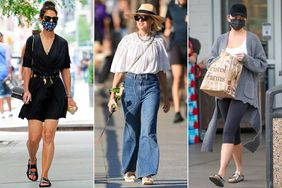