The former Playboy playmate spilled all to Jenny McCarthy

Holly Madison says recent comments Kendra Wilkinson made about her sex life are the latest in a pattern of “slut-shaming” she’s faced for years.

Wilkinson went on a Twitter rant last week, and spoke out about Madison’s sex life with ex Hugh Hefner in graphic detail during an interview on Jenny McCarthy‘s Dirty, Sexy, Money SiriusXM radio show (Wilkinson also apologized for the Twitter rant during the interview).

On Tuesday, Madison was able to address those comments, calling them “gross,” but saying she didn’t let them get to her.

“I’m used to it. Even when I was 11 years old and I moved to Oregon from Alaska, I was taller than the other girls, I was really shy. So that meant I was a slut,” said Madison, 36. “I’d never kissed a guy, but that meant I was a slut and was trying to get everybody’s boyfriend and everybody hated me. I feel like I’ve been dealing with that slut-shaming, Internet troll thing for so long and when it’s coming from her, I have my suspicions of where it’s coming from and it’s all very hypocritical.”

Madison went on to say that she didn’t particularly wish to engage with Wilkinson on the topic.

“I don’t want to lower myself and go there and respond in any way, other than, ‘I wish you the best,’ ” said Madison.

The former Playboy star also opened up about Hefner, whom she was critical of in her memoir Down the Rabbit Hole. She said if she saw him today, she wouldn’t have much to say.

“I feel like I don’t really care. I don’t mean that in a callous way,” said Madison. “Even after I left the mansion, I realized this person I cared about was so much an invention in my head. I don’t know this person.”

Last week, Wilkinson, 30, told McCarthy she was not proud of her Twitter rant against Madison.

“It didn’t represent who I truly am. It represented me at a moment,” she said. “I was just reacting emotionally. I just blew up. That’s something that I’m trying to control. I’m trying to be better at doing. I failed at doing that yesterday. I became 21 again.” 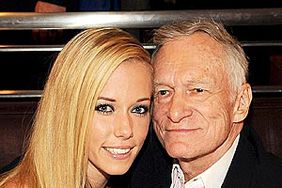 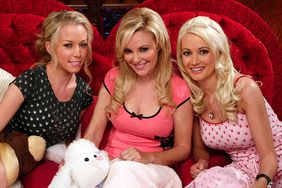