Holly Madison 'Has No Regrets' About Time with Hugh Hefner, Source Says

Despite her dark time in the Playboy Mansion, Holly Madison doesn’t regret dating Hugh Hefner, a source close to her tells PEOPLE.

Madison revealed the “twisted world” this week in excerpts from her upcoming tell-all memoir Down the Rabbit Hole: Curious Adventures and Cautionary Tales of a former Playboy Bunny.

In the book, Madison, 35, writes that she contemplated suicide in 2002 at the peak of her “misery” and nearly drowned herself in the bathtub.

But now, Madison “has no regrets” about being Hefner’s No. 1 girlfriend during E!’s The Girls Next Door.

“Because without living her life exactly as she had, she might not have met her husband and had her daughter,” the source says. “Rainbow is her priority. Her husband and her family is what she is focused on. She’s tired of people thinking Playboy was an idyllic world. She wants to finally be the one to tell her own story. And after that, close that door and nail it shut!”

Madison has no relationship with Hefner and is focused on her family with husband Pasquale Rotella, the source adds. 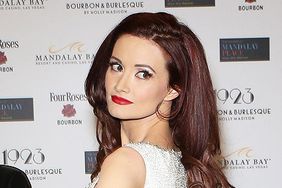 Holly Madison Contemplated Suicide While Living in the Playboy Mansion 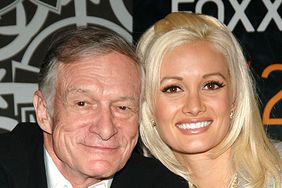