In celebration of Latinx Heritage Month — which runs through Oct. 15 — get to know these talented rising stars

The bilingual pop star, who launched her music career in 2018, is releasing her debut EP in early October — and she hopes the lead single, "SOLA," will be a breakup anthem this fall.

The Dominican-Colombian singer sings in Spanish on the track, which blends R&B with elements of pop and reggaeton.

"I'm so proud to be Latinx," she told PEOPLE. "We're extremely passionate and lively human beings. I want to spread love and give people a performance they'll never forget."

Castillo's career began in 2018, when she first started posting musical covers and ASMR videos to YouTube. Now, the R&B/pop star has amassed 858,000 subscribers and several of her videos have view counts in the millions — not to mention, she's dropped two EPs and a debut album. The 21-year-old Mexican American singer, who performs in both English and Spanish, is set to head out on her Parallel Universe tour this fall.

And this is just the beginning. Castillo — who was also featured on Facebook Dating's Summer of Love show — has big goals for herself, and the talent to back them up. One of her bucket list items? Performing at Madison Square Garden. "I see myself doing that. I will manifest it and it will happen," she told People CHICA.

The Afro-Cuban funk sensation has swept the U.S. and Europe in recent years, leaving ever-expanding crowds of new fans in his wake. Cimafunk, whose real name is Erik Iglesias Rodríguez, is known for his electric live shows, in which the singer and his band of eight musicians dance the night away. They're currently on tour in the U.S. and heading to Europe.

Named 2018's Artist of the Year by Cuba's Vistar magazine and a top 10 Latin Artist to watch in 2019 by Billboard, Cimafunk's star continues to rise. His new album, "El Alimento," which drops on Oct. 8, features a number of big-name collabs, including funk legend George Clinton, Lupe Fiasco, CeeLo Green and more.

While she's been acting since 2011, Zumbado's career has picked up steam in recent years and doesn't show any signs of slowing down.

The year 2019 brought the Cuban American actress the breakthrough role of Delilah Alves, an investigative journalist who stars alongside Penn Badgley in Netflix's hit thriller series You. That year, she also appeared in The Wall of Mexico; recently, she's guest-starred on a number of TV shows, including the iCarly reboot and The Rookie.

Pineda has been steadily working for a decade, with recurring roles on The Originals, American Odyssey, The Detour and more under her belt. And you're about to see a lot more of her: she's set to star in the highly anticipated upcoming remake of Cowboy Bebop, which lands on Netflix on Nov. 19. The Mexican American actress also appears in the next installment of the Jurassic World franchise, and is currently filming a movie called The Plane.

Minett has been starring on Mexican TV series since 2014, with recurring roles on La Rosa de Guadalupe and Come Dice el Dicho.

While he's an increasingly familiar face in Mexico — thanks in part to his role in 2021's Matando Cabos 2, La Máscara del Máscara — he's poised to become equally as well known in the U.S. The 15-year-old, who also sings and plays guitar, made his English-language feature film debut alongside Clint Eastwood in 2021's Cry Macho.

The Colombian singer released her first EP, Cycles, in 2015, and has been climbing the charts ever since. Born Mabely Largacha, Mabiland's breakthrough came in the form of her 2018 debut album, 1995, which quickly gained traction; the lead single, "Cuánto Más," has racked up more than 1 million streams on Spotify.

The Black, queer singer's unique sound — a blend of hip-hop, R&B and reggae — earned her a spot on the Grammy's 2021 list of 5 LGBTQ+ Latinx artists to know. Earlier this year, she also starred in MTV Latin America's Latin Flow, a docu-series that follows nine female Colombian musicians.

Rodriguez, 22, is best known as Carlos, the first gay Latinx character in the High School Musical franchise. "I relate to him so much," the Mexican American actor, who is openly gay, previously told PEOPLE.

Before his turn in the Disney+ series, Rodriguez, who landed his first role in 2015, guest starred on Modern Family, Will and Grace and more — and we're sure to see more of him soon!

A 10-year-old musical powerhouse, Baez first captured our attention as young Selena Quintanilla in Selena: The Series. Now, the young Latina actress is taking on the lead role in Showtime's Let the Right One In, in which she stars opposite Demián Bichir (who plays her father) and Grace Gummer as a young girl who turns into a vampire.

Speaking to The Mujerista about portraying young Selena, Baez said, "I hope that I can follow her path as she inspired people, especially young Latina girls. I want to do that with the same humility and kindness as she did."

When she's not acting, Baez is busy delighting stadiums full of fans around Los Angeles by singing the national anthem for the likes of the Dodgers, Rams and Lakers — earning her the nickname "Anthem Girl."

You may recognize the Dominican American actress from her turn in The Post, alongside Meryl Streep and Tom Hanks. Peña made her TV debut in 2015 on Blue Bloods, before landing a recurring role on 24: Legacy the following year. She's appeared in a number of shows and films in the years since, and you can catch her in her current role as Aleida Rosales in the series For All Mankind.

The Mexican-Lebanese actress first rose to fame in the TV series Shadowhunters, which earned her two Teen Choice award nominations for best actress. Soon, you can catch her in the upcoming Amazon Prime series With Love, which premieres on Dec. 17.

Outside of her acting work, Toubia launched a clothing line, Love, Em, over the summer. She also started The Emerald Co., a production company that aims to create more dynamic storylines for Latinas.

Tinoco, a Mexican-American actor, is best known for playing the role of Caesar on On My Block, which was Netflix's most binged show of 2018. The show's fourth and final season premiered on Oct. 4.

Tinoco is currently filming Saint Seiya: Knights of the Zodiac, while his film Mourning War is in pre-production, according to IMDB.

The actress landed her first big breakout role in Showtime's American Rust, which she currently stars in alongside Jeff Daniels and Maura Tierny.

Mayorga previously landed a role in 2018's It Is Decidedly So. 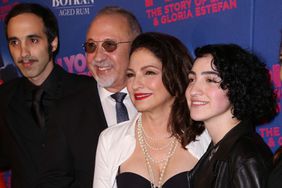 All About Gloria Estefan and Emilio Estefan's 2 Kids 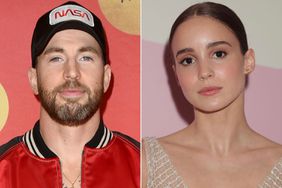 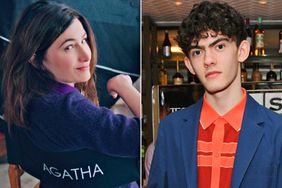 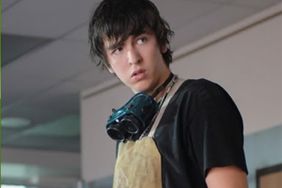 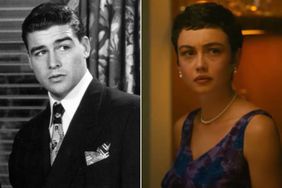 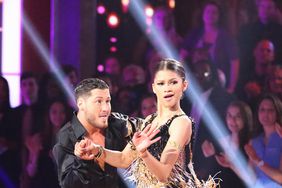 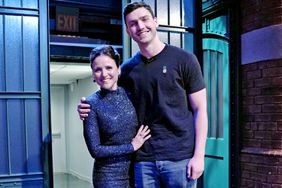 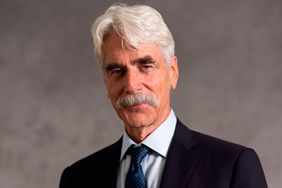