Hilary Swank Steps Out with Her New Man

Amid her divorce from Chad Lowe, the actress vacations with agent John Campisi

The streets of Rome can bring out the romantic in anyone – and they clearly worked their magic for one new couple: Hilary Swank and John Campisi, one of her agents at Creative Artists Agency.

Last weekend, fresh from spending a few days together at Donatella and Santo Versace’s Lake Como villa, the pair stopped for kisses and snuggles as they contentedly wandered through Rome’s Piazza Navona, leaving no doubt that their relationship has morphed from agent-client to something much more personal, PEOPLE reports in its new issue.

“They were hugging and touching all the time,” an observer tells PEOPLE. Adds a friend of Swank’s: “She’s really happy. You can see it in her eyes.”

It’s a sparkle that’s been MIA since the actress, 32, announced her split with Chad Lowe, her husband of eight years, in January. As divorce proceedings kicked off this summer, Swank hid from the paparazzi by traveling to India for a month of charity work, teaching English to schoolkids. Upon her return, however, she began spending more and more time with Campisi, 39.

“They’re having a great time getting to know each other,” says a friend. Swank’s rep would not comment, but a source says that for now, Swank and Campisi will maintain their professional relationship. (Campisi is one of several agents on Swank’s CAA team.)

So how did the longtime friends turn into something more? While Campisi pitched in post-split when Swank needed a date for Vanity Fair’s Oscar party, “it’s only very recently,” says the friend, “that they’ve become close.” (Campisi is also going through a divorce, but the pal insists their respective splits had nothing to do with their relationship.)

Their attraction was strong enough that Swank broke her recent no-romance pledge. “I can’t imagine going out right now and trying to find someone else to be with,” she told Vanity Fair this summer.

But now that she’s done just that, Swank, who’ll start shooting the drama P.S., I Love You in New York City and Ireland later this month, seems to be enjoying the new beginning.

Hilary Swank Adjusts to Being on Her Own 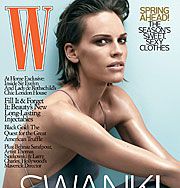 Hilary Swank Opens Up About Her Man – and Her Vitamin Habit 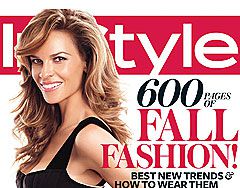 Hilary Swank: Marriage and Kids All in Good Time 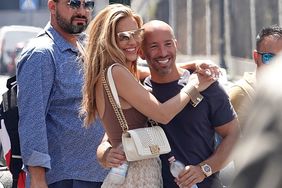