After two years of separation, the pair's divorce is final

Last week, the singer’s divorce from former professional hockey player Mike Comrie, 35, was finalized and legal documents obtained by PEOPLE reveal how the former couple will split their assets.

She will keep their Beverly Hills mansion, but will have to pay Comrie $2,408,786 for his share of the property. She was also awarded the rest of any previously shared property.

The former NHL star gets to keep his Bentley coupe and Mercedes G-Class SUV, as well as jewelry.

Comrie and Duff will co-parent their 3-year-old son Luca, splitting joint physical custody, and adhering to a “mutually-agreed upon” set schedule that has been in place for some time. Neither parent is receiving child support, as they have agreed to split any costs related to their son.

According to the documents, the pair signed a pre-nuptial agreement prior to their August 2010 wedding, and has been separated since the start of 2014. Duff, 28, filed for divorce a little over a year later in February of 2015.

Duff opened up to PEOPLE about life after Comrie last April, just months after filing papers.

“I went through my highs and lows,” the former child star said of the major shifts in her life at the time, “but at the end of the day, I wouldn’t change anything. I feel happy. And I’m excited about everything I have.” 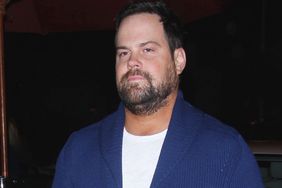