Heather Mills: I'm Not a Gold-Digger

Heather Mills knows the British press has painted her as a schemer who’s after money in her divorce from Paul McCartney, but the former model says that’s not true.

In an interview airing Monday and Tuesday, Mills tells TV’s Extra, “Eighty-five percent of my income goes to my charity. The word gold digger doesn’t go with that. If I was a gold-digger, I would have a lot of money in my bank account. I’d be worth millions and millions.”

Despite her reputation, Mills says she’s received an outpouring of sympathy. “I have had so much public support,” she says. “People hugging me in the streets. I didn’t know that many people cared. You get to know who your friends are and I haven’t lost any friends.”

McCartney, 64, and Mills, 38, announced their separation in May after four years of marriage. McCartney filed for divorce in July. They have a 3-year-old daughter, Beatrice.

In the Extra interview, Mills also denies rumors that she is having a relationship with her personal trainer, Ben Amigoni (“I haven’t got a lover. At the moment, I’m focusing on my daughter. It’s totally made up!”) and says she’ll “never!” marry again.

She also talks about her recent weight loss, saying, “It’s the vegan (diet) but of course I’ve been anxious.” She also says she’s been developing “a vegan fast food chain and vegan food markets.” 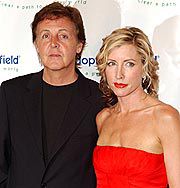 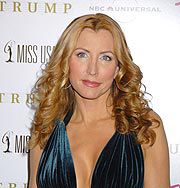 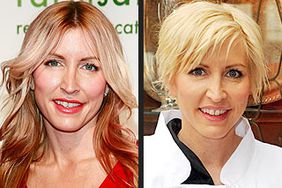