Heather Locklear was glammed up and glowing when she stepped out recently for a charity event, and with good reason – she’s engaged.

The Melrose Place alum, who turns 50 in September, is set to wed her longtime boyfriend, actor Jack Wagner, 51, her rep confirms to PEOPLE.

The couple have been dating since early 2007.

Locklear, who’s recently been photographed with a diamond stunner on her finger, was previously married to rockers Tommy Lee (1986 to 1993) and Richie Sambora (1994 to 2006), whom she has one child with, Ava Elizabeth, 13. 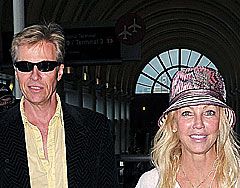