The actor's relatives leave Los Angeles to bury him in Perth, Australia

Heath Ledger‘s family has departed from Los Angeles back to Perth, Australia, for what is expected to be a funeral in the actor’s hometown.

The group of about 15 people, including the actor’s father Kim, mother Sally and elder sister Kate, left LAX for Tullamarine Airport, on Sunday night, reports Perth Now, which described the exit as having been carried out in a military-style operation overseen by the Australian Consulate and handled by police and private security staff.

An Australian Consulate rep supervised luggage check-in two hours before the family, which had been staying at the Beverly Hills Hotel for two weeks, pulled up to the airport in luxury 4-wheel-drive vehicles.

The newspaper described the mother and father as looking exhausted as they cleared security.

On Saturday, a star-studded, private memorial to Ledger was held at Sony Studios in Culver City.

It is believed that Ledger, who died on Jan. 22, will be buried in a family plot with two of his grandparents at Perth’s Karrakatta Cemetery. It is not known if Michelle Williams and her 2-year-old daughter with Ledger, Matilda, will attend the Australian burial service. Neither attended Saturday’s funeral.

This week, results of a toxicology test are due to be released by the New York Medical Examiner’s Office. An earlier autopsy proved insufficient in revealing the cause of his death.

For the complete story of how Heath’s partying affected his relationship with Michelle – but never changed her love for him – pick up this week’s issue of PEOPLE. 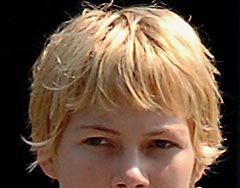 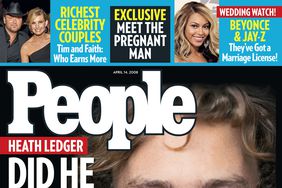