The actress, who is dating costar Milo Ventimiglia, talks about her musical style

There’s a new Hero coming to your record store – but what musical styles are really inspiring Hayden Panettiere these days?

“Like pop, rock – maybe more of an R&B thing,” the 18-year-old actress-activist (and now singer) told PEOPLE Thursday at the Stuart Weitzman Oscar suite in West Hollywood. “I have such eclectic tastes in music. I love rock, hip-hop, I like pop. I love Natasha Bedingfield and [singer-songwriter] Anna Nalick.”

Panettiere’s debut CD will hit stores this spring on Hollywood Records, according to her MySpace page – which also features a sampling of her already-released pop-rock tunes, including “Try,” “Your New Girlfriend” and “I Still Believe.”
–Nicholas White

Deborah Cox Shows Off Her Baby Bump in New Video 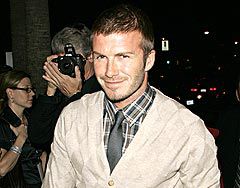