The Green Bay Packers and Pittsburgh Steelers may be basking in the limelight of the biggest football weekend of the year – but they’re not the only ones playing ball. And they certainly don’t have Hayden Panettiere on their teams.

Celebs like Panettiere, Matthew Morrison (as an assistant coach) and Jerry Ferrara took to the field in Dallas on Saturday for a star-studded game of flag football, hosted by DIRECTV.

Scream 4‘s Panettiere, 21, snagged the title as the “Most Inspirational Player,” while Entourage‘s Ferrara, 31, beat out all of his teammates, including former NFL players, to win “Most Valuable Player” of the game. Both played the sand-filled field for the champion Team Spike, which was coached by Cleveland Browns quarterback Colt McCoy.

“I won an award – for football!” Panettiere tells PEOPLE. “It has to be because the ball hit me in the face.”

Panettiere wasn’t the only leading lady proving football wasn’t a boys-only sport: Szohr scored a touchdown for her team and model Marisa Miller, last year’s MVP, dove for catches and chased her opponents down the field.

Despite the competition, there were no hard feelings for the losing team, and most of the celeb football stars hit the nearby W Hotel for a luxury lounge after-party while Maroon 5 entertained the post-game party at Victory Park.

Plus, there’s always next season, according to Duhamel, who was on the not-so-victorious Team Palladia.

“We lost but this was a lot of fun,” he says. “I’ll definitely do this again next year.” 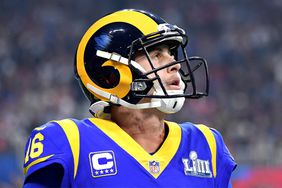 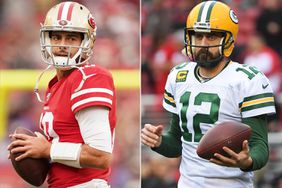 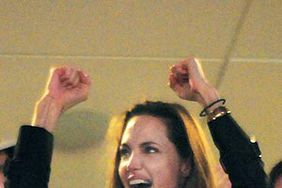 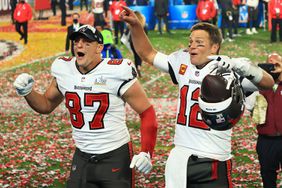 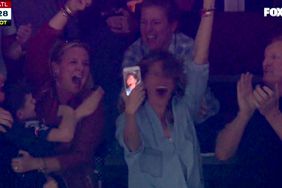