"My mom says, 'You are the people you surround yourself with,' " says the actress

The paparazzi are out to get Hayden Panettiere – with their cameras – but one thing they won’t catch the Heroes star doing is behaving like another young star.

“For God knows what reason, they compare me with Lindsay Lohan!” Panettiere, 18, tells Teen magazine for its winter issue. “It’s kind of become, ‘All right, you guys can stay there and try knocking me off my horse.’ I want to prove them wrong now.”

To that end, the actress-activist – who had a warrant out for her arrest after she protested against fisherman in an attempt to help save the dolphins in Japan – says she’s also trying to help young Hollywood present a better image to the world.

“I think that, now more than ever, young girls need a good role model,” she says. “My mom always says, ‘You are the books you read and the people you surround yourself with.”

Panettiere says those who surround her share her same aspirations and goals.

And, next up? A singing career. “I’ve been working on an album for a long time,” Panettiere says, promising to make “my CD as diverse as possible.” 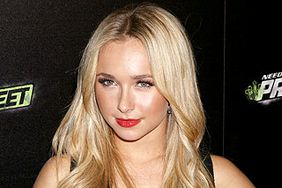 Both Sides Speak Out on Hayden Panettiere's Arrest Warrant 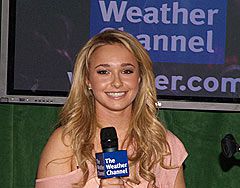 Hayden: Angelina Jolie Is 'One of My Inspirations' 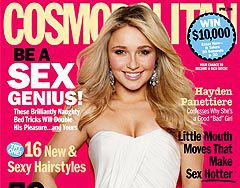