Only a month after Weinstein, 55, proposed to the 31-year-old Chapman, the pair exchanged vows in an intimate winter ceremony under the stars.

“The wedding was the most elegant, loving affair I’ve ever seen,” one guest told PEOPLE. “The room was full of incredible people who were there to toast the couple, who looked totally in love.”

While temperatures dropped to 28 degrees, the couple said their “I do’s” and, by about 8 p.m., guests watched from huge tents decorated with crystal chandeliers and fir trees as fireworks exploded off a barge in nearby Long Island Sound. The crowd broke into cheers after the 10-minute spectacle, which was followed by music from a live band. The party wound down by 1 a.m.

Weinstein and Chapman, who co-founded the Marchesa fashion label, started dating in 2005. At the wedding, the bride “wore a glamorous dress that she designed herself,” according to a source.

“It was like a fairy tale wedding in a big tent with chandeliers and mirrors and pink flowers, ” says another source, adding that Nobu and Cipirani catered the event in which guests dined on caviar, truffle risotto and osso bucco.

Weinstein and his brother, Bob, co-founded Miramax Films in 1979, and the company became an Oscar powerhouse, producing dozens of award-winning films including Pulp Fiction, Good Will Hunting, Shakespeare in Love and The Aviator.

In lieu of gifts, Weinstein and Chapman asked their guests to make contributions to Robin Hood’s education programs for underprivileged children in New York City and to Give2Asia’s program in support of the disadvantaged in India.

This is the second marriage for Weinstein. 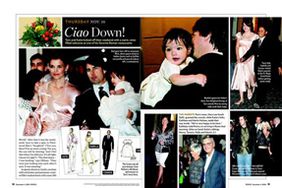 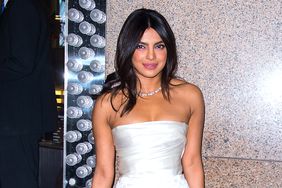