Elisabeth Shue is planning to drop her film scripts temporarily in favor of cracking the books. The “Leaving Las Vegas” star, 36, “needs one more semester to get her degree in government,” her rep told New York’s Daily News. So, she’s off to Harvard, where she had been a student in the ’80s before her acting career took off. (Her first film was 1984’s “The Karate Kid.”) The exact date she re-enters the Cambridge, Mass., campus reportedly depends upon the scheduling of an upcoming movie. Shue, whose child Miles was born in 1997, is married to TV director Davis Guggenheim, who’s worked on episodes of “ER,” “NYPD Blue,” and “Party of Five.”

Andre 3000 Gets Ready for His Close-Up 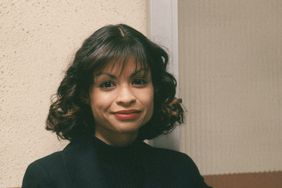