Tom Hanks will help promote the much-lauded documentary “Return With Honor,” which premieres next month in New York and Los Angeles, Variety reports. The film focuses on the experience of American POWs during the Vietnam conflict. It boasts rare combat and capture footage obtained from the Vietnamese and follows the story of numerous pilots incarcerated for as long as 8 1/2 years. “This film turns those (Vietnam war) experiences into powerful, moving and shocking recollections, told to us in the first person and for the first time by friends, relatives, brothers and husbands,” Hanks said. 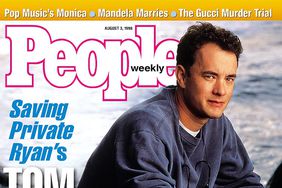