Tom Hanks was in Washington, D.C., this week for the premiere of “Return Home with Honor,” a little-known documentary about U.S. Air Force pilots shot down over North Vietnam. The actor, who is presenting the film, told PEOPLE’s Susan Gray, “This is the perfect type of artistic enterprise that will need help finding its audience.” Hanks, who was only 17 when the Vietnam War ended in 1973, says he was moved to tears when he first saw the film and heard the tales of the pilots’s years in prison. His hope is that the documentary, which was directed by Oscar-winning filmmakers Freida Lee Mock and Terry Sanders, does for Vietnam awareness what “Apollo 13” (in which he starred) did for that troubled mission to the moon. 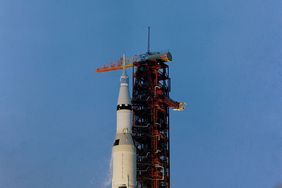