PEOPLE was in the room where it happens, where Lin-Manuel Miranda and other original company members performed their final Hamilton

When Lin-Manuel Miranda made his entrance during the opening number of his history-making musical Hamilton on Saturday night, he received a one-minute standing ovation, with applause so loud it nearly brought the house down.

This wasn’t just any performance for the 36-year-old actor, who also penned the show’s music, lyrics and book. It was his last in the title role of Alexander Hamilton. Miranda left the production – as did original cast members Leslie Odom, Jr., Phillipa Soo and Ariana DeBose – after being with the musical since its off-Broadway run at New York’s Public Theater last winter.

The audience at the Richard Rodgers Theater was filled with family, fans and celebrity friends – all probably paying a steep price to say goodbye to the original cast members. They gave extended applause to every lead performer, bringing tears to the eyes of many. They even sang along with actor Rory O’Malley during his Act I number “You’ll Be Back.”

There was Miranda’s recent songwriting partner Jennifer Lopez, who brought 8-year-old twins Emme and Max and current beau Casper Smart to the show. Lopez’s Monster-in-Law costar Jane Fonda was also there with her son, Troy Garity.

Secretary of State John Kerry was in the crowd, as was Charlie Rose. Later, at Miranda’s goodbye party, the two appeared to be engaged in a deep conversation, stopping only when interrupted by trays of passing hors d’oeuvres.

Hamilton super-fan had a seat. She told Late Late Show host James Corden back in February that she had previously seen the show 12 times, but that number is surely grown since then.

Parks and Recreation comedian Retta nabbed a ticket too. She joined the cast backstage for a popular post-show ritual – led by Tony-winner Daveed Diggs – in which cast members take shots of liquor (this time, Patrén tequila) out of the horn of the show’s Grammy award.

Outside, hundreds gathered before the curtain rose – many staying through the nearly three-hour show to catch a glimpse of Miranda and company on the way out. Standing behind police barricades on the rainy night, they broke into song, rapping every word of the show’s title track.

Those who couldn’t make it to the theater got a glimpse of the goodbye, as the show’s final curtain call was live-streamed for fans on Facebook. No speeches were given on stage or addresses made to the adoring fans waiting for autographs at the stage door by Miranda. The actor appeared surprised when the orchestra played the score to his favorite TV show The West Wing after he bowed, so perhaps that took his breath away.

The cast shared the love with fans on social media too, Snapchatting candid selfies and heart-warming videos on the show’s official account. Miranda and Odom, Jr. received the final engraved versions of their Tony awards.

At the performance’s official afterparty later – attended by all departing cast members except Odom, Jr. – Miranda surprised reporters by appearing on the red carpet with a short new haircut. The Pulitzer Prize winner – who is one Oscar away from an EGOT – had chopped his now-signature long brown locks in his dressing room, right after the performance, his rep confirmed to PEOPLE.

Wearing a shirt highlighted with an image of the late Muhammad Ali on it, Miranda greeted family and guests at the chic cocktail event, held at the Renaissance Hotel in Times Square. Latin music and appetizers like fried Manchego balls, empanadas and churros were served.

Lopez, who did not bring the twins to the party, got cozy with Smart in a window seat overlooking Times Square. She smiled and grooved along when the DJ played a remix of her song “Jenny From the Block.”

Soo was there with her fiancé Steven Pasquale, of FX’s The People vs. O.J. Simpson. They stayed close throughout the evening, chatting with author Ron Chernow, who wrote the autobiography of Hamilton for which Miranda based the musical.

Security was so tight at the event that Diggs had to leave the party – held in the hotel’s upper lounge – and travel downstairs to see if promoters would help get some of his friends into the event.

RELATED VIDEO: Did You Know That Renee Elise Goldsberry Almost Didn’t Get Her Part in Hamilton?!

Most of Hamilton‘s cast were there too, including Christopher Jackson and Tony winner Renée Elise Goldsberry. Miranda’s replacementJavier Muñoz was all smiles, having watched the show from backstage. He told PEOPLE he was excited for his longtime friend – and revealed the two of them exchanged messages of support via email leading up to Saturday’s final curtain.

As the event wrapped up around 3 a.m., cast members stumbled onto the street to sign autographs for a small crowd of fans. Some, like Diggs, went on to other bars. Hargitay asked friends if there was any place in Times Square still open to get a bite to eat. But Muñoz went home to rest. After all, he’s goes on as Hamilton on Monday. 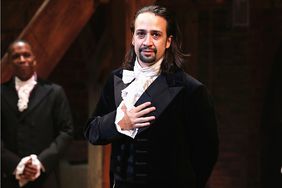 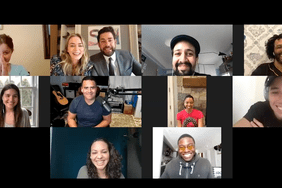 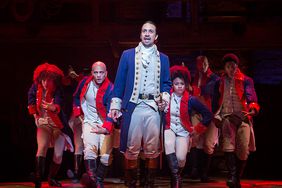 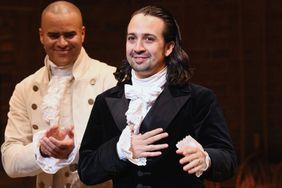 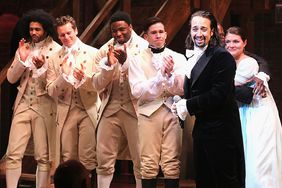 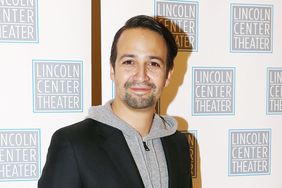 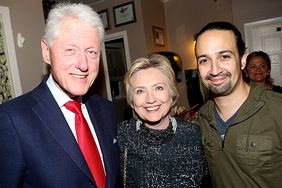