Halle Berry's Ex-Husband David Justice Rants About Their Marriage on Twitter: 'I Had to Say Something'

"I just wanted to make sure my wife, my children and the rest of my family, friends and fans know the truth," Justice said of his Twitter rant

Halle Berry’s ex-husband David Justice is speaking out on her divorce from Olivier Martinez.

Justice, a former professional baseball player, took to Twitter on Monday, claiming that he never hit Berry and is not the former boyfriend she has said caused permanent damage to her left ear. Berry has never claimed Justice was abusive towards her, but she did file a restraining order against him when they separated in 1996.

Sources close to Berry tell PEOPLE, “Halle and David haven’t spoken for years and when they did last, there was no animosity between them whatsoever. They were really friendly. This is coming out of nowhere.”

In other Tweets that appear to have been deleted, Justice claims that Berry “was mad at me leaving the relationship so she and her Hollywood Team just tried to destroy my character. It had to be my fault, right?”

He also previously tweeted: “It just makes me mad to still see the same lie being perpetuated about the source of her abuse being me.Never happened!” before adding the hashtag “#formerboyfriend.”

Justice also mentions Berry’s other high profile exes, including Eric Benét, Gabriel Aubry and Martinez, saying they were all a “Knight in Shining Armor, until it ends. Then we all become the worst guys in history.”

He added: “Only the guys in the relationship with Halle know the real deal. There will be another, of course. He’ll be called ‘The Best’ until it ends.”

Benét, who was married to Berry from 2001 to 2005, responded to Justice’s tweets, saying, “My man at @23davidjustice is tweeting some truth dis’ mornin’!”

Justice goes on to warn Martinez, saying, “Just wait, Olivier. It’s coming! She insinuated that her daughter wasn’t safe around Gabriel. Look it up and see the reason! Just wrong.”

On Monday, Justice explained why he felt the need to speak out, telling the Daily Mail, “I had to say something after reading about Halle’s recent marriage.

“So many years ago, I didn’t say anything about the accusations that I abused her, but now I have three children, ages, 15, 13 and 11, two boys and one girl, and they can read this stuff and they have friends who will read it as well so I had to finally come out and say once and for all I never hit Halle Berry.”

Justice added, “Back then it didn’t matter, but it’s different now,” explaining that while Berry never said he hit her, she also “never said I didn’t either, which was disappointing.”

He also clarified that he is “not the face of Halle Berry’s exes” and promised he “won’t be going on TV to talk about this.

“I just wanted to make sure my wife, my children and the rest of my family, friends and fans know the truth.”

Berry and Martinez, who married in 2013, announced their split on Oct. 27, telling PEOPLE in a statement, “It is with a heavy heart that we have come to the decision to divorce. We move forward with love and respect for one another and the shared focus for what is best for our son.”

This will be Berry’s third divorce and Martinez’s first. Berry married Justice in 1992 and singer Benét in 2001. Before meeting Martinez, Berry told InStyle in 2007, “I will never, never get married again.” 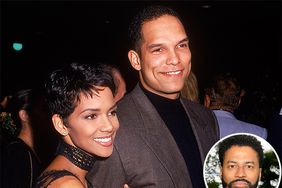 Halle Berry's Ex Eric Benet Reacts to David Justice's Rant About Their Marriage: 'My Man Is Tweeting Some Truth!' 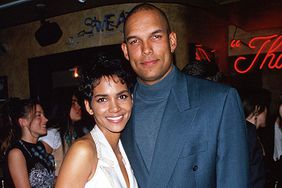 Halle Berry's Ex-Husband David Justice Thanks Her on Twitter While Defending Himself: 'Don't Say That I Hit Halle'